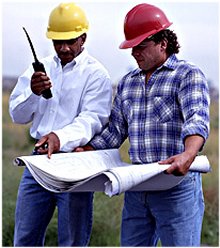 Scientists at Johns Hopkins have discovered a protein that causes two neighboring cells to fuse and become one super-cell. Such functionality is critical for building muscles, which rely on hundreds, or even thousands, of super-cells to make large-scale motion smooth and coordinated.

Writing about the discovery in Developmental Cell, researcher Elizabeth Chen compared the new protein – dubbed “Solitary” – to a construction foreman, who directs cell barriers to be broken and then join-up with others.

The discovery was made by comparing genetic sequences from fruit fly embryos containing cells that refused to fuse and other normal, healthy fruit fly embryos. Next, the team tracked Solitary’s localization under a fluorescent microscope, noting that at each future fusion point between cells that they examined, they saw concentrations of glowing clumps of Solitary protein. “It was so bizarre to see Solitary – something meant to regulate the cell’s internal structure – to be involved in the external events of cell fusion,” said Chen.

Chen explained that when two neighboring cells fuse, they need to break down the barrier between them. It turns out that the Solitary protein marks where that break is happening and subsequently tells the cell where to build its skeleton railway. “In this role, Solitary acts not like the delivery truck, but more like a construction site foreman,” says Chen. “It’s told where the cell barrier needs to be broken and then directs the building of a delivery road so that the molecular supplies can be brought to the fusion site.”

The discovery heralds the possibility of manipulating cell fusion in the future. Muscular dystrophy, for example, might be treated by injecting into patients healthy muscle cells that are designed to fuse efficiently with the diseased muscles, saving the diseased cells from deteriorating.

Cell Fusion in the Archegonium; and Spermatogenesis in Polytrichum by Walker, ..