You are here: Home › News › Geologists Hope To Disprove Asteroid Mass Extinction Scenario
By Will Parker on March 10, 2006 in News 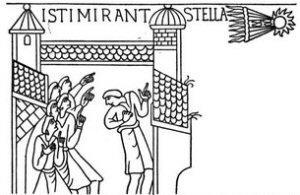 Earth’s history has been punctuated by a number of mass extinctions wiping out nearly all life forms on the planet. What caused these catastrophic events is still unknown, but many scientists hypothesize that heavenly bodies crashing into the Earth could have pushed the global reset button.

But are these extinctions really due to asteroid impacts, or could they have been triggered by events occurring from deep within our own planet? The idea that extinction events could be caused by huge eruptions of vast amounts of lava and the release of a cocktail of noxious gases from deep inside the Earth is a theory that has been gaining traction in recent years.

The idea that impacts from space were behind past mass extinctions has been in vogue over the last 25 years, since Louis Alverez’s research team in Berkeley, California published their work about an extraterrestrial iridium anomaly found in 65-million-year-old layers at the Cretaceous-Tertiary boundary. It was believed that this anomaly could only be explained by an extraterrestrial object hitting the Earth. But University of Leicester geologists Professor Andy Saunders and Dr Marc Reichow are taking a fresh look at what may actually have wiped out the dinosaurs 65 million years ago and caused other similarly cataclysmic events.

“Impacts are suitably apocalyptic. They are the stuff of Hollywood. It seems that every kid’s dinosaur book ends with a bang. But are they the real killers and are they solely responsible for every mass extinction on earth? There is scant evidence of impacts at the time of other major extinctions; at the end of the Permian, 250 million years ago, and at the end of the Triassic, 200 million years ago [for example]. The evidence that has been found does not seem large enough to have triggered an extinction at these times,” said Saunders.

He believes that volcanic phenomena known as flood basalt eruptions are an attractive alternative hypothesis. According to Saunders, these do correspond with all main mass extinctions and they may have released enough greenhouse gases (SO2 and CO2) to dramatically change the climate. Intriguingly, the largest flood basalts on Earth (Siberian Traps and Deccan Traps) coincide with the Earth’s largest extinctions (end-Permian and end-Cretaceous).

The Leicester researchers are interested in precisely what the kill mechanism may be. One possibility is that the gases released by volcanic activity lead to a prolonged volcanic winter induced by sulphur-rich aerosols, followed by a period of CO2-induced warming. To help establish what may have happened, Saunders and his co-researchers have recently been awarded a NERC (Natural Environment Research Council) grant to study the Siberian Traps and their environmental impact.

The Siberian Traps are the largest known continental flood basalt province. Flood basalt provinces are vast outpourings of lava that covered large areas of the Earth’s surface. In Siberia, they erupted about 250 million years ago. Using radiometric dating techniques, the researchers hope to constrain the age and, combined with geochemical analysis, the extent, of the Siberian Traps. Measuring how much gas was released during these eruptions 250 million years ago will involve examining microscopic inclusions trapped in minerals of the Siberian Traps rocks to estimate the original gas contents. Using these data they hope to be able to assess the amount of SO2 and CO2 released into the atmosphere 250 million years ago, and whether or not this caused massive climate change. “If we can show, for example, that the full extent of the Siberian Traps was erupted at the same time, we can be confident that their environmental effects were powerful. Understanding the actual kill mechanism is the next stage.”