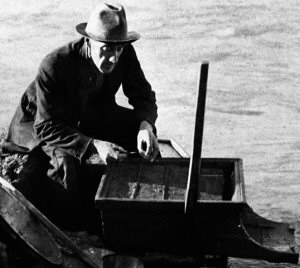 Sure to be on every geek’s Christmas wish-list is a tricorder-like device similar to that used by Spock in the television series Star Trek. Professor Robert Downs, the associate professor of geosciences at The University of Arizona in Tucson, says once he finishes cataloguing the spectral fingerprints for all Earth’s minerals, he’ll have an honest-to-goodness tricorder capable of detecting and identifying minerals and gemstones.

The project receives part of its funding from gemstone aficionado Michael Scott, founding president of Apple Computer. NASA is also supporting the project financially, in the hope that the tricorder can be used in the 2009 Mars rover program.

Current methods for analyzing mineral compositions, such as X-ray diffraction and electron microprobe, are not ideal, as they involve pulverizing a sample. As with the tricorders found in the possession of the Enterprise crew, Downs’ tricorder will be able to identify the chemical composition of a sample using a non-destructive method. “We’re using a technique called Raman spectroscopy,” explained Downs. Downs’ tricorder works by using a laser beam to excite the atoms within a mineral sample, which then emit a weak light in a pattern characteristic of the material. “It’s like a fingerprint,” Downs said.

Downs’ tricorder will only be able to reveal the composition of minerals that it is familiar with, which explains all the hard work going into creating a database of the mineral compositions found on Earth. Downs says that he is roughly halfway to finishing this task. With help from a horde of undergraduates he has already recorded around 1,500 of the 4,000 known minerals on Earth. Mars is a different story, however, and it will be some time before all of its minerals can be similarly catalogued.

Currently, Downs’ Raman spectrometer is the size of a tabletop, but he is confident that a pocket-sized version will be ready for NASA’s 2009 Mars rover.