You are here: Home › News › Nanobacteria A Problem For Space Travellers, Says NASA
By Will Parker on February 28, 2005 in News 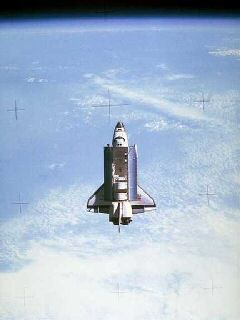 While scientists debate whether nanobacteria are acutally biological in nature, researchers at NASA are calling for a major initiative to further investigate these tiny, self replicating agents. These same researchers are authors of a study published inKidney International that says nanobacteria could be a potential cause of rapid kidney stone formation in astronauts on space missions.

While scientists agree that these self-replicating, mineralizing agents exist, there is little agreement as to whether nanobacteria are actually alive, or indeed whether they carry anything resembling a DNA sequence. Nanobacteria were identified in the 1990s and have been found in the calcium phosphate centers of kidney stones. They have also been detected in other conditions, including Alzheimer’s disease, heart disease, prostatitis, and some cancers.

“The concept that nanobacteria are living organisms is still controversial because the research on their putative nucleic acid has not been completed yet,” said lead researcher Neva Ciftcioglu. However, the group’s research provides additional clues to understanding nanobacteria and its link to pathologic calcification-related diseases.

In the published study, trials were conducted at NASA to observe nanobacteria in a bioreactor chamber which simulates conditions of space travel. In this microgravity environment, nanobacteria were found to multiply five times faster compared to normal gravity on Earth, supporting earlier discoveries that microbes have radically different behavior in weightless environments. Nanobacteria were also shown to possibly be an infectious risk for crew members living in close quarters. “Hopefully, eradication or treatment of these diseases will be possible in the near future. We need more research and support to solve this puzzle, but we feel that we are close,” concluded Ciftcioglu.

1936 Press Photo Farm Problems Causing Much Discussion Among the Delegates