You are here: Home › News › Light Therapy As Effective As Drugs
By Will Parker on April 6, 2005 in News 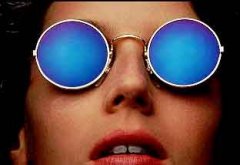 A study, appearing in the American Journal of Psychiatry, has found that light therapy effectively treats mood disorders, including seasonal affective disorder (SAD) and other depressive disorders. The study, led by a psychiatrist at the University of North Carolina (UNC), also found that the effects of light therapy, also known as phototherapy, are comparable to those found in many clinical studies of antidepressant drug therapy.

The findings were based on a meta-analysis of controlled studies previously reported in scientific journals. Lead author Robert Golden at UNC said his report only examined previous studies that were methodologically sound. “We found that many reports on the efficacy of light therapy are not based on rigorous study designs. This has fueled the controversy in the field as to whether or not light therapy is effective,” said Golden. “But when you throw out all the studies that are methodologically flawed and then conduct a meta-analysis of those that are well-designed, you find that light therapy is an effective treatment not only for SAD but also for depression.”

The use of bright artificial light for people with SAD, a recurring depression that develops in the fall or winter and spontaneously disappears during spring or summer, was first described in the Archives of General Psychiatry in 1984. Since then, the treatment has been tried in clinical and research programs for non-seasonal mood disorders, Alzheimer’s disease, jet lag, insomnia, eating disorders and other behavioral problems. A more recent light therapy approach is “dawn simulation,” which attempts to simulate an earlier dawn through exposure to artificial light. This follows the theory that SAD is triggered by the reduced period of bright daylight during winter. The method attempts to recreate the increased intensity of sunlight that occurs in nature in the summer when the sun rises earlier in the day. “The logic here is that it might put people with seasonal affective disorder into remission. The effect size of the light therapy intervention in our meta-analysis was comparable to what has been described in the clinical literature for conventional medications to treat depression,” Golden said. “The findings are as strong or as striking.”

The meta-analysis demonstrated statistically significant treatment effects for SAD, dawn simulation for SAD and bright light treatment of non-seasonal depression, although the exact mechanisms by which light therapy works remain unclear. More research is needed on the safety of light therapy, particularly among children and the elderly, said Golden. “And if eye problems such as cataracts are more prevalent among the elderly, might light therapy aggravate the problem, even slightly?”, he added.

“The study also points to the importance of conducting systematic literature reviews in areas of controversy using well-defined standards of what constitutes good study design, and to follow this up with meta-analyses so that the data can speak for themselves,” concluded Golden.