You are here: Home › News › White Christmas’ Less Likely
By Will Parker on December 1, 2003 in News 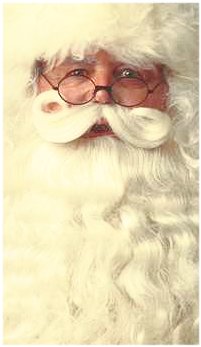 It’s feeling less like Christmas in many parts of the country as higher temperatures and fewer snowfalls are becoming the norm from Thanksgiving to Christmas Eve.

Looking at states that typically get snow, 197 of 260 weather stations have reported fewer days with snowfall since 1948, according to statistics provided by Dale Kaiser, a meteorologist at the Oak Ridge National Laboratory. The survey looked at the 30-day period from Nov. 25 to Dec. 24 from 1948 to 2001.

The decrease in the number of snow days has been especially pronounced east of the Mississippi River, where 117 of 125 stations reported an average of five fewer days with snowfall.

“Five fewer days of snowfall over a 30-day period may not seem all that significant until you consider that, in many regions, snow days occur relatively infrequently,” Kaiser said.

One region that is more wintry between the holidays, however, extends from the Central Rocky Mountain states (Utah, Colorado and Wyoming) eastward into the Central Plains (mainly Nebraska), where the number of days with snow has increased significantly.

“The area across the Central Rockies and Central Plains is the one part of the country that is bucking the trend, with a few stations in Utah and Colorado seeing nearly 10 more days with snowfall,” Kaiser said.

Stations in the East that showed significant decreases in snow days had an overall warming trend of 2.7 degrees Fahrenheit.

“We examined trends in temperatures at 613 weather stations,” Kaiser said. “East of the Mississippi, many stations extending from Indiana to southern New England showed significant warming from 1948 to 2001.

Kaiser cautioned against reading too much into the survey, saying, “Although this work shows real changes over parts of the U.S. in snowfall days and temperature for this 30-day period, this cannot be used to draw conclusions about changes in weather over the entire winter, nor do these findings necessarily relate to the broader issue of global warming.”