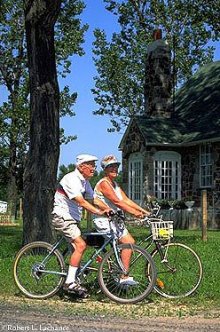 The lifespans of people in developed nations are increasing at a remarkably constant rate, suggesting that there is no natural limit on life expectancy, said a Duke University researcher in an article in the May 10, 2002, Science. Data analyzed by the scientists indicate that the maximum human lifespan will reach 100 in about six decades, which policymakers should consider as they make critical resource decisions affecting older adults. Study co-authors are Duke University research scientist James W. Vaupel, director of the Program on Population, Policy and Aging at Duke’s Terry Sanford Institute of Public Policy; and Jim Oeppen with the Cambridge Group for the History of Population and Social Structure, Cambridge University, England.

In their study, Vaupel and Oeppen reviewed longevity data from developed countries, including Australia, Iceland, Japan, the Netherlands, Norway, Sweden, Switzerland and the U.S. They found that life expectancy in such countries is steadily increasing by three months a year, per year.

“The key issue for policymakers to understand from our study is that there appears to be no finite limit to life expectancy,” says Vaupel. “This has major implications for social issues such as budget allocations for the old and very old, and projections used to determine future pension, healthcare and other needs.”

World life expectancy more than doubled over the past two centuries, from roughly 25 years to about 65 for men and 70 for women. Despite evidence to the contrary, “students of mortality� blindly clung to the ancient notion that under favorable conditions the typical human has a characteristic lifespan,” the authors noted in the article. “Experts have been unable to imagine a lifespan that could rise further,” leading to “the notion of a fixed lifespan.” Such a notion, the study noted, “is distorting public and private decision-making.”

The researchers emphasize they are not saying there is no limit to the rise in life expectancy. “There may or may not be some limit at some advanced age — it is impossible to tell given current empirical data and theoretical knowledge,” added Vaupel. “What is clear is that there is no limit that we are about to bump up against.”

“Among nations today, the longest expectation of life – almost 85 years – is enjoyed by Japanese women,” the article noted. The four-decade increase in life expectancy in 16 decades is so extraordinarily linear that it “may be the most remarkable regularity of mass endeavor ever observed,” the study notes. If the trend continues as it has, “record life expectancy will reach 100 in about six decades.” While this will never lead to immortality, “It is striking that centenarians may become commonplace within the lifetimes of people alive today,” the authors add.