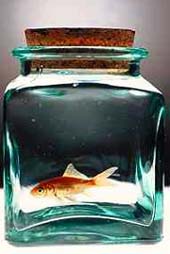 Researchers at Oak Ridge National Laboratory, Rensselaer Polytechnic Institute and the Russian Academy of Sciences have reported results that suggest the possibility of nuclear reactions during the explosive collapse of bubbles in liquid, a process known as cavitation.

The collaboration was led by Rusi Taleyarkhan, a senior scientist in ORNL’s Engineering Science and Technology Division, and Richard Lahey Jr., the Edward Hood professor of engineering at Rensselaer. The team used 14 million electron volt (MeV) neutrons shot into the liquid by a pulsed neutron generator to nucleate the bubbles.

Experiments suggest the presence of small but statistically significant amounts of tritium above background resulting from cavitation experiments using chilled deuterated acetone. This tritium could result from the nuclear fusion of two deuterium nuclei. Tritium was not observed during cavitation of normal acetone, which does not contain deuterium.

Attempts to confirm these results by looking for the telltale neutron signature of the deuterium fusion reaction have yielded mixed results. While there are indications of neutron emission in the newly published results, subsequent experiments with a different detector system show no neutron production.

Theoretical estimates of the conditions in the collapsing bubbles are consistent with the possibility of nuclear fusion, under certain assumptions concerning the relevant hydrodynamics.

These results suggest the need for additional experiments, said ORNL’s Lee Riedinger, deputy director for Science and Technology. In particular, the difference in the two sets of neutron measurements must be clarified. Additional tritium experiments would also allow a better understanding of the tritium observations.

Until confirmatory experiments are completed, a cautionary view is appropriate, according to Riedinger, who said, “The manuscript has been through external peer review, but the scientific record shows that tritium and neutron measurements at these levels are difficult, and one must do further tests before firm conclusions can be drawn.”

The work is being reported in the March 8 issue of the journal Science.

ORNL is managed by UT-Battelle for the Department of Energy.

Questions related to “Evidence for Nuclear Emissions during Acoustic Cavitation”

Q. What exactly was measured in this experiment?

A. Evidence for tritium production and neutron emission was observed during the collapse of bubbles in cavitation experiments using deuterated acetone. If correct, and this is a very important “if,” the results suggest that nuclear reactions may have occurred. This would be a significant discovery in physics.

A. These are very challenging measurements. The tritium and neutron levels are small, and experience has shown that measurements at these levels are difficult to interpret. In addition, an attempt to confirm the neutron data using a different detector and counting system yielded results that are not in agreement with the published data. The preliminary measurements are potentially very interesting, but it is premature to conclude that nuclear reactions have been achieved.

Q. ORNL seems very cautious about this publication. Do you believe the results?

A. We do not know. This level of uncertainty is not unusual when new phenomena are observed. What we do believe is that a legitimate scientific debate should proceed.

Q. What about potential applications that may come from this experiment?

A. We are far too early in the process to speculate on potential applications. If the effect is confirmed, there are obvious research opportunities. We have no way of knowing whether any practical applications, such as fusion energy, might be possible. The relevant cross sections for this particular process indicate that scale-up is unlikely. If the claim of nuclear fusion is indeed correct, these experiments would still have produced only one tenth of a millionth of a watt of power – far too small to measure.

Q. How does cavitation work?

A. When a sound wave propagates through a liquid, the molecules in the liquid are subjected to positive and negative pressures. During the negative pressure phase of the wave, tiny bubbles in the liquid can grow dramatically (up to a factor of 1,000 in volume), since the pressure is below the vapor pressure. When the positive pressure phase of the sound wave passes, the bubble collapses, and the energy accumulated in the bubble during growth is released. This process is called “acoustic cavitation.” Temperatures in the collapsing bubbles can reach 10,000 kelvin, sufficient to influence chemical reactions.

Q. What is sonoluminescence?

A. If the energy density in the collapsing bubble is sufficiently high, the residual gases are heated to incandescence and emit light. This is sound-induced light, or sonoluminscence.

Q. How do you get nuclear reactions from sonoluminescence?

A. The energy in the collapsing bubbles must be increased by a factor of one million above traditional sonoluminescence energies. One way to increase the energy in the bubbles is to increase volume change during the bubble growth phase. This process occurred in the present experiments. Numerical calculations suggest that temperatures in imploding bubbles could approach those required for nuclear reactions under certain conditions.

Q. What is the nuclear reaction mechanism?

A. The proposed mechanism is the fusion of two deuterium nuclei. This reaction has two pathways with approximately equal probabilities. The first pathway produces helium and a 2.5-MeV neutron. The second pathway produces tritium and protons. In this experiment, the 2.5-MeV neutron and tritium production were investigated as signatures for the reaction.

Q. Is this related to cold fusion?

A. No. In cold fusion, an entirely new fusion mechanism was required. The interpretation of the present experiments is based on the premise that pressures and temperatures required for known fusion reactions can be achieved under special conditions in cavitation experiments.

Q. Has there been controversy concerning these results?

A. Controversy is often present in science. The tension from such controversy can be the source of scientific progress. The potential for controversy increases when the experiments are difficult, the measured effects small, and the impact potentially large. The controversy in this work relates primarily to the neutron data. We have conflicting results from two groups. In the end, we decided that the best path forward was to publish the results with appropriate caveats. Intellectual give and take is the way science works.

Q. What is the next step?

A. We believe it is very important that these measurements be repeated, and that differences in the data be resolved. We are planning follow-on experiments. We should know more in a few months.

Q. Is there agreement among the authors and the institutions on the results?

A. This question is an important one. One would expect that the authors would be very positive. The institutions have been more cautious in their conclusions. We have tried to strike an appropriate balance. There are no real differences between RPI and ORNL.

Q. Is this a breakthrough?

A. Again, we simply cannot know based on the existing data. The debate is an exciting one, but more work is needed to verify the results.

Q. Why is the second set of neutron measurements not described in this paper?

Q. Can you describe the second set of neutron measurements?

A. The second set of measurements was performed with the cooperation of the authors in their laboratory. The data were collected and analyzed by experienced nuclear physics experimentalists using a different detector system and counting electronics. The results do not agree with the original measurements. We do not understand the differences, and more measurements are needed to resolve this.

Q. What is your reaction to Bob Park’s article in What’s New?

A. We always enjoy Bob’s newsletter. He has correctly pointed out differences in the neutron data. These differences are cited in the paper and have not been resolved. This situation emphasizes the need for additional measurements and for caution in interpreting the published results.