You are here: Home › News › Musical Training Boosts Brain Growth
By Will Parker on May 9, 2011 in News 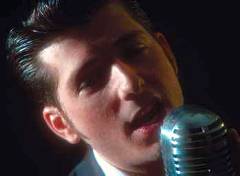 Research has revealed significant differences in the gray matter distribution between professional musicians trained at an early age and non-musicians, as presented today at the American Academy of Neurology’s 53rd Annual Meeting in Philadelphia, PA. The musicians in the study had more relative gray matter volume in left and right primary sensorimotor regions, the left more than the right intraparietal sulcus region, the left basal ganglia region and the left posterior perisylvian region, with pronounced differences also seen in the cerebellum bilaterally.

“We were interested to know whether intense environmental demands such as musical training at an early age influenced actual brain growth and development,” comments study leader Gottfried Schlaug, MD, PhD. Results of this cross-sectional study may indicate use-dependent brain growth or structural plasticity of gray matter volume in response to such demands during a critical period of brain maturation. “An alternative explanation may be that these musicians were born with these differences, which may draw them toward their musical gifts.”

“Musicians typically commence training at an early age, making them ideal subjects for this type of investigation,” notes Schlaug. These presumed cerebral adaptations may not only lead to modifications of functional sensory and motor maps, but may also lead to structural adaptations within the sensorimotor system.

“However,” Schlaug concludes, “additional study is necessary to confirm causal relationships between intense motor training for a long period of time and structural changes in motor and non-motor related brain regions.” Schlaug is continuing this study to identify areas of the brain that are different, and to determine if training and experience create the differences.