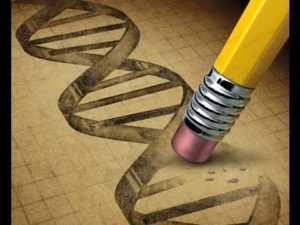 Last week, a proposal representing the first use of CRISPR (Clustered Regularly Interspaced Short Palindromic Repeats) in humans passed a key federal review. The Recombinant DNA Advisory Committee at the U.S. National Institutes of Health, which a federal safety and ethics panel, unanimously approved the experiment.

CRISPR is a genome-editing tool that allows researchers to introduce permanent changes to the genome (the complete set of genetic materials in a cell or an organism). In this case, rather than manipulating the genome of laboratory-cultured cells or mice for experiments, researchers want to use the tool to fight cancer.

Although CRISPR is not the only genome-editing tool, it is by far the most efficient one. The study proposes to edit three different sites in the human genome at once, which will not be an easy feat unless one uses CRISPR.

The study proposes to edit the genome of a cancer patient’s immune cells called T cells, which are important for the immune system to recognize foreign cells and destroy them. The T cells decide whether a cell is of foreign origin by the proteins on the cell’s surface. If a cell has foreign proteins, then the T cells recognize it as a foreign cell and destroy it.

Researchers then came up with a potential idea to fight cancer: why not utilize T cells so they see cancer cells as “foreign”?

Carl June, Richard W. Vague Professor in Immunotherapy at the University of Pennsylvania, and his colleagues have found previously that most cancer cells have a protein called NY-ESO-1 on their surface. So if T cells recognize that as foreign, maybe we can get our own immune system to fight off cancer—in other words, edit the T cells so it would recognize NY-ESO-1.

When June and colleagues tested this strategy in leukemia patients, their tumors initially shrank; however, the genetically engineered T cells were lost over time.

The proposed trial with CRISPR will edit the patients’ T cells to be more persistent and more effective in the treatment. During the two years, the researchers and clinicians will treat 18 people with various types of cancer—myeloma, sarcoma, or melanoma—at three different sites: UPenn, the University of California, San Francisco, and the University of Texas MD Anderson Cancer Center.

Michael Atkins, clinical oncologist Georgetown University and one of three RAC members who reviewed the protocol, commented on trial’s importance in teaching the researchers about using CRISPR in clinical settings.

“It’s an important new approach. We’re going to learn a lot from this. And hopefully it will form the basis of new types of therapy,” Atkins told Science.

Using CRISPR to permanently change the genome is not met with concern. One major concern is what is called “off-target effects,” in which genes that the researchers did not mean to edit get edited.

June told STAT News that the CRISPR science has rapidly evolved to minimize its off-target effects and said that the researchers “will use the state-of-the-art technology at the time the [study] opens” to screen for any off-target effects in the T cells before they are back in the cancer patients.

The researchers now need to receive approval from their own institutions’ ethics boards and the U.S. Food and Drug Administrations.