You are here: Home › News › Physics › Recent discovery of quantum vibrations in brain neurons lends weight to his controversial theory of consciousness, says Sir Roger Penrose
By Will Parker on January 17, 2014 in News, Physics 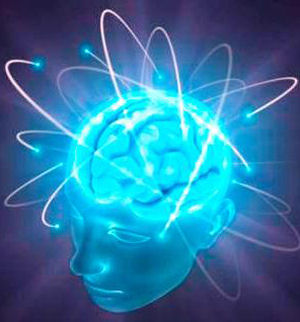 Incorporating the recent discovery of quantum vibrations inside brain neurons, a new assessment of a controversial 20-year-old theory of consciousness presents compelling evidence for the idea that consciousness derives from very fine scale activities inside brain neurons. The new review, by scientific heavyweights Stuart Hameroff and Sir Roger Penrose, appears in the journal Physics of Life Reviews. Penrose and Hameroff go on to suggest that manipulation of these deep levelmicrotubule vibrations could provide treatments for a range of mental, neurological, and cognitive conditions.

Orch OR was harshly criticized from its inception, as the brain was considered too “warm, wet, and noisy” for such seemingly delicate quantum processes. However, recent research has now shown warm quantum coherence in plant photosynthesis, bird brain navigation, and brain microtubules. In particular, the discovery of warm temperature quantum vibrations in microtubules by a research group led by Anirban Bandyopadhyay in Japan, goes a long way to corroborating Penrose and Hameroff’s original theory. Penrose says his and Hameroff’s new paper updates the evidence and clarifies Orch OR quantum bits as helical pathways in microtubule lattices.

“Did consciousness evolve from complex computations among brain neurons, as most scientists assert? Or has consciousness, in some sense, been here all along, as spiritual approaches maintain?” ask Hameroff and Penrose. “This opens a potential Pandora’s Box, but our theory accommodates both these views, suggesting consciousness derives from quantum vibrations in microtubules, protein polymers inside brain neurons, which both govern neuronal and synaptic function, and connect brain processes to self-organizing processes in the fine scale, ‘proto-conscious’ quantum structure of reality.”

Hameroff contends that “Orch OR is the most rigorous, comprehensive and successfully-tested theory of consciousness ever put forth,” and that from a practical standpoint, “treating brain microtubule vibrations could benefit a host of mental, neurological, and cognitive conditions.”

Penrose and Hameroff will explore their theories further tomorrow during a session on “Microtubules and the Big Consciousness Debate” at the “Brainstorm Sessions,” a public three-day event in Amsterdam. They will also engage skeptics in a debate on the nature of consciousness, while fellow brainbox Bandyopadhyay will demonstrate microtubule vibrations from active neurons playing Indian musical instruments.