You are here: Home › Humans › News › Say what? Ambiguity makes language more efficient
By Will Parker on January 20, 2012 in Humans, News 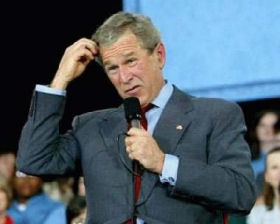 To avoid conversational confusion and optimize language, linguists have traditionally argued that every word should have just one meaning, but a new study from MIT turns that notion on its head, showing instead that ambiguity in words actually makes language more efficient. The new study, published in the journalCognition, proposes that ambiguity increases efficiency by allowing for the reuse of short, efficient sounds that listeners can easily disambiguate with the help of context.

“Various people have said that ambiguity is a problem for communication,” says MIT’s Ted Gibson, senior author of the paper. “But once we understand that context disambiguates, then ambiguity is not a problem – it’s something you can take advantage of, because you can reuse easy [words] in different contexts over and over again.”

As an example, Gibson cites the word “mean.” It can, er, mean: indicate or signify, refer to an intention or purpose (“I meant to go to the store”), something offensive, or the mathematical average of a set of numbers. Adding an “s” introduces even more potential definitions: a method (“a means to an end”), or financial resources (“to live within one’s means”).

But Gibson says that virtually no speaker of English gets confused when she hears the word “mean” because the different senses of the word occur in such different contexts as to allow listeners to infer its meaning easily. Building on observation and previous studies, the researchers posited that words with fewer syllables, high frequency and the simplest pronunciations should have the most meanings.

To test this notion, Gibson and his co-researchers carried out an analysis of word frequencies and patterns in English, Dutch and German. By comparing certain properties of words to their numbers of meanings, the researchers confirmed their suspicion that shorter, more frequent words, as well as those that conform to the language’s typical sound patterns, are most likely to be ambiguous. These trends were statistically significant in all three languages.

Gibson said that these findings need to be considered in light of the competing desires of the speaker and the listener. The speaker is interested in conveying as much as possible with the fewest possible words, while the listener is aiming to get a complete and specific understanding of what the speaker is trying to say. “It is cognitively cheaper to have the listener infer certain things from the context than to have the speaker spend time on longer and more complicated utterances. The result is a system that skews toward ambiguity, reusing the ‘easiest’ words. Once context is considered, it’s clear that “ambiguity is actually something you would want in the communication system,” explained co-researcher Steven Piantadosi.

Gibson believes the findings underscore the special challenges faced by computer scientists working in the field of natural language processing. “Basically, if you have any human language in your input or output, you are stuck with needing context to disambiguate,” he concluded.

Related:
Discuss this article in our forum
Language transforming medicine… for the worse
Couples’ language use predicts relationship success
“Language” Gene Pooh-Poohed
The Rain In Spain Falls Only In The Human Brain