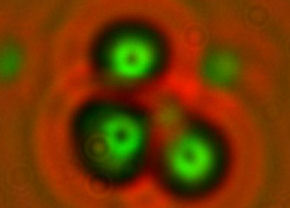 Researchers from all over the globe are reporting intriguing new evidence for the existence of low-energy nuclear reactions (LENR), the process once called “cold fusion.” In fact, one group of scientists goes so far as to describe what it calls the first clear visual evidence that LENR devices can produce neutrons, a tell-tale sign that nuclear reactions are occurring. The new report, which is expected to inject new life into the controversial field of LENR, will be presented today at the American Chemical Society’s (ACS) 237th National Meeting. Astonishingly, it is among a total of 30 papers on the topic being presented during this year’s meeting

“Our finding is very significant,” says the new report’s co-author Pamela Mosier-Boss, of the U.S. Navy’s Space and Naval Warfare Systems Center in San Diego, California. “To our knowledge, this is the first scientific report of the production of highly energetic neutrons from an LENR device.”

“Cold fusion,” first mooted in 1989 by Martin Fleishmann and Stanley Pons, created a global scientific sensation at the time. Until that point, the scientific establishment believed that it would require a sophisticated new genre of nuclear reactors able to withstand temperatures of tens of millions of degrees Fahrenheit to produce fusion reactions. But Pons and Fleishmann claimed they achieved nuclear fusion at comparatively “cold” room temperatures – in a simple tabletop laboratory device.

But other scientists could not reproduce Fleishmann and Pons’ results, and the whole field of research declined. A stalwart cadre of scientists persisted, however, seeking solid evidence that nuclear reactions can occur at low temperatures. One of their problems involved extreme difficulty in using conventional electronic instruments to detect the small number of neutrons believed to be produced in the process.

In the new study, Mosier-Boss and her colleagues inserted an electrode composed of nickel or gold wire into a solution of palladium chloride mixed with deuterium or “heavy water” in a process called co-deposition. A single atom of deuterium contains one neutron and one proton in its nucleus.

The researchers passed electric current through the solution, causing a reaction within seconds. The scientists then used a special plastic, CR-39, to capture and track any high-energy particles that may have been emitted during reactions, including any neutrons emitted during the fusion of deuterium atoms.

At the end of the experiment, they examined the plastic with a microscope and discovered patterns of “triple tracks,” tiny-clusters of three adjacent pits (pictured above) that appear to split apart from a single point. The researchers say that the track marks were made by subatomic particles released when neutrons smashed into the plastic. Mosier-Boss and her team speculate that the neutrons originated from the combining or fusing deuterium nuclei.

“People have always asked ‘Where’s the neutrons?'” Mosier-Boss says. “If you have fusion going on, then you have to have neutrons. We now have evidence that there are neutrons present in these LENR reactions.” The team also cited other evidence for nuclear reactions including X-rays, tritium (another form of hydrogen), and excess heat.

Mosier-Boss and her colleagues are continuing to explore the phenomenon to get a better understanding of exactly how LENR works, which is key to being able to control it for practical purposes. She points out that the field currently gets very little funding and, despite its promise, researchers can’t predict when, or if, LENR may emerge from the lab with practical applications.