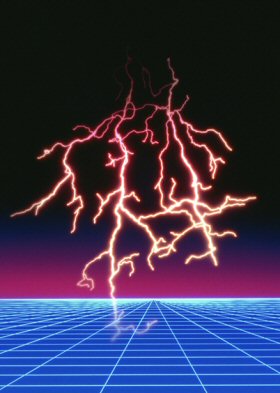 Was George Lucas on to something when he wrote, "May the force be with you?" Did he know something about the universe's mysterious machinations that physicists today don't understand? Sci-fi worlds are often a blend of mythology, fantasy and science, and a good writer can blur the lines between them to momentarily suspend disbelief. While it's true that a good deal of what comprises the universe is unknown to science - dark energy and dark matter, for example - these unknowns do not suspend the absolute truth of universal laws in physics. Or do they?

For many years now, scientists have known that a vacuum is in fact not empty, and is actually teeming with particles and energy. Some have even come to the conclusion that the presence of these quantum particles can produce energy for nothing. The possibility of vacuum energy created from "nothing" represents a foot in the physics lab door by those seeking to create perpetual motion machines, and, like any vacuum salesman, they're not going to be easily dissuaded.

Since the 1930s, the term vacuum as it is used in physics has been turned on its head, as quantum physicists found that a vacuum is not in the least bit empty. In fact, a vacuum abounds with particles and energy, which was realized all thanks to one of quantum mechanic's most fundamental theories: the Heisenberg uncertainty principle. German physicist Werner Heisenberg discovered that there are limits to how much even scientists can know about the universe. Heisenberg said that there is a rock-solid law that dictates the relationship between the characteristics of a particle. Like much to do with quantum mechanics, the law is relatively simple to state, but the implications are extremely difficult to get your head around. Simply stated, whatever you know of a particle's momentum in space is directly proportional to how little you know about its position, and vice versa. This is also true in relation to time and energy. To cut a long (and complex) story short, Heisenberg proved that the subatomic world has particles constantly popping in and out of existence. Physicists refer to the energy that a quantum vacuum produces as zero-point energy.

Physicist Charles Seife defines zero-point energy as: "The energy caused by the spontaneous creation and destruction of subatomic particles, even in the deepest vacuum. It is a prime suspect for the cause of the cosmological constant." Zero-point energy has sparked a lot of interest among physicists, and its existence has even been proven experimentally via the detection of the Casimir effect. It was Hendrik Casimir, a Dutch physicist, who first claimed in 1948 that two uncharged parallel metal plates would be subject to a force pressing them together. In 1996, Steven Lamoreaux at the Los Alamos National Laboratory first observed the Casimir effect. The Casimir force can only be measured when the distance between the two plates is extremely small; in the order of several atomic diameters. Since the Los Alamos experiment, other researchers have repeated and refined the experiment, in the hope that they can one day connect gravity with the quantum world. Scientists say that accomplishing this may finally lead to a theory of everything. But the idea that zero-point energy exists everywhere in the universe has also appealed to others who believe that they can somehow tap this unlimited energy for free.

Something for nothing, or "owt for nowt," is the usual reply when there is talk of free energy; or when you get more energy out of a process than you put in. The constant failure of anyone actually trying to produce such a machine has led to an inevitable and inalienable conclusion. "Countless inventors have tried to construct a machine which will produce work from nothing - always in vain," wrote the Nobel Prize winning physicist Max Born. "In the end this failure was recognized as a law of nature. Thus the principle of the conservation of energy was formulated; this has remained a fundamental concept of physics to this day, and has proved itself extremely fruitful," Born added. Nonetheless, researchers such as the late Dr. Eugene Mallove and Bernard Haisch, of Calphysics, have devoted many years trying to find the angle needed to harness and create applications for the "free" energy that permeates throughout the universe (and indeed pushes it ever outward!).

"The primary mission of the Calphysics Institute," writes Haisch, "is to carry out research on the electromagnetic quantum vacuum, with emphasis on the formulation and execution of experiments to elucidate the properties of the quantum vacuum and to search for possible technological applications." Haisch has an impressive CV. His various scientific positions include Scientific Editor for The Astrophysical Journal, Director of the California Institute for Physics and Astrophysics, Palo Alto, and Staff Scientist for Lockheed Martin, Solar and Astrophysics Laboratory, Palo Alto, to name but a few. He has also supervised and participated in a number of NASA projects, including Inertia and Gravitation in the Zero-Point Field Model: Tests and Implications.

This speculative investigation into a hypothetical "zero-point-field inertia resonance" caused much of the brouhaha that has dogged Haisch, as he says that his explanation of inertia in the universe may one-day power spacecraft. "There exists a background sea of quantum light filling the universe and that light generates a force that opposes acceleration when you push on any material object," explains Haisch. "That is why matter seems to be solid, stable stuff that we, and the world, are made of. So maybe matter resists acceleration not because it possesses some innate thing called mass as Newton proposed and we all believed, but because the zero-point field exerts a force whenever acceleration takes place." Haisch is something of a hero to basement boffins, inventors and (pseudo)scientists who are used to taking the-road-less-traveled and have recognized in Haisch a kindred spirit. But while Haisch hypothesizes about future spacecraft powered by a mysterious inertia, he is also the first to say that he could be very wrong.

Less cautious about his predictions was the late Dr. Eugene Mallove, who held a B.S. and M.S. in aeronautics and astronomy from the MIT and a Ph.D in environmental health sciences from Harvard University. His hypothesis was similar to Haisch's, but revolved around the existence of "aether." "Basically, aether energy is at the root of everything. The aether is responsible for the creation and destruction of matter, it is responsible for life itself," said Mallove in his last interview in 2004, just prior to his death. You can take or leave the term aether (and since nobody knows the entire composition of the universe, I guess he's entitled to call it anything he liked), but Mallove's hypothesis may have some resonance with those who ascribe to wave theory (where all matter is comprised of waves rather than particles). "All particles are made of aether, they are not little hard things, they are - the things that we call particles today, electrons and protons and so forth - are nothing but special geometries of the mass free aether that are in a form that makes them have an inertial quality. In other words, makes them have mass," said Mallove in the interview.

Relevant to our line of enquiry is how Mallove's theory on aether relates to vacuum energy. "The largest body of energy in the Universe is definitely the vacuum," said Mallove. "The vacuum is where it is. Some people have called the energy, or have interpreted it from physics' perspectives, as zero-point energy. I don't believe that that theory, the zero-point energy theory, is the proper aether theory. But it's nonetheless a good starting point." Mallove even claimed to have worked with machines that harnessed energies from the "aether," which provided a small energy gain. "Dr. Paulo and Alexandra Correa in Toronto, Canada, have managed to create a special type of what (Wilhelm) Reich would have called an Orgone Accumulator, but they call it a Hybrid Orgone Accumulator, that sits, around-the-clock, generating power in a small Stirling engine, as though there were a source of 2 watts of thermal energy inside the metal Faraday cage. Now that's vacuum-energy for sure."

Such claims are disputed by mainstream scientists of course, as the effect of vacuum energy that exists everywhere equally - which is why we don't notice it. But Haisch claims that this is irrelevant, and as long as "zero-point energy is real; there is the possibility that it can be tapped as a source of power or be harnessed to generate a propulsive force for space travel." At present it all comes down to whom you believe, but - barring some amazing new discovery - as it stands, the basic tenets of physics seem to have the upper hand.

Interestingly, Lamoreaux became troubled at the attention he received from advocates of zero-point energy after his successful Casimir effect experiment in 1996. "I was rather dismayed at the attention from what I consider a kook community," spat Lamoreaux. "It trivializes and abuses my work." He also complained long and loud about how zero-point pseudoscientists were securing funding ahead of more mainstream oriented research. Who said physics was boring?