You are here: Home › Technology › Chemistry › News › Text messages coded into booze vapor
By Will Parker on December 19, 2013 in Chemistry, News 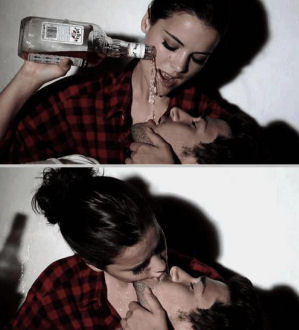 A team of scientists from the UK (University of Warwick) and Canada (York University) have demonstrated a system to code any generic message into evaporated alcohol molecules. The researchers believe their molecular communications system, which works in a similar fashion to how animals communicate with pheromones, could be used for the transmission of messages and data in challenging environments where electromagnetic waves cannot be used, for example in underground structures such as tunnels, pipelines, or in underwater environments.

The first demonstration involved sending some of the Canadian national anthem across an open space of several meters before it was decoded by a receiver. The hardware, according to a report in the journal PLOS ONE, is made from off-the-shelf electronics and costs around $100.

The transmitter is controlled by an Arduino Uno open-source electronics prototyping platform, which converts the text message to a binary sequence. To modulate the binary code into chemical signals, the researchers used an electronic spray called DuroBlast that can disperse a wide variety of liquid chemicals – in this case alcohol. 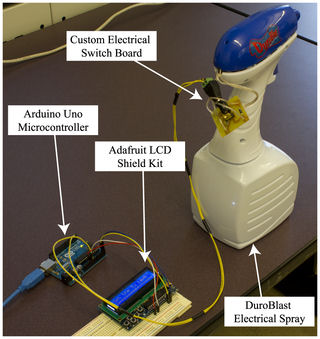 The receiver is also controlled by an Arduino Uno open-source microcontroller, while detection is performed by three different off-the-shelf alcohol sensors. All three sensors use a metal oxide semiconductor detection layer for detecting the alcohol, but each has a different sensitivity, power and operation circuit diagrams. 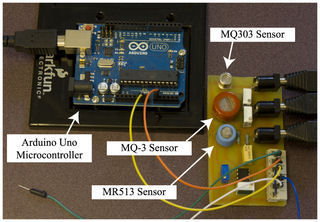 Dr Weisi Guo from the School of Engineering at the University of Warwick said: “Imagine sending a detailed message using perfume – it sounds like something from a spy thriller novel, but in reality it is an incredibly simple way to communicate,” said researcher Weisi Guo, from the University of Warwick. “Of course people have achieved short ranged signaling using chemicals, but we have gone to the next level and successfully communicated continuous and generic messages over several meters.”

Guo believes that applications could include wireless monitoring of sewage works and oil rigs – and also, the human body. “For example, in medicine where recent advances mean it’s possible to embed sensors into the organs of the body, [but] in these tiny scales and in special structural environments, there are constraints with electromagnetic signals such as the ratio of antenna size to the wavelength of the signal, which chemical communication does not have. Molecular communication signals are also biocompatible and require very little energy to generate and propagate.”