You are here: Home › Health › Mental Health › News › Knowledge of sport no advantage in sports gambling
By Will Parker on March 19, 2013 in Mental Health, News 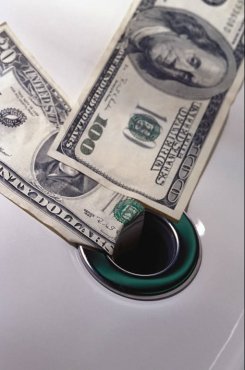 Sports gamblers frequently see themselves as cleverer than other gamblers, believing that their intimate knowledge of player statistics, coaching styles, and other details will give them an edge. But new research shows that neither betting experience nor knowledge of the details of the game is connected to successful sports betting outcomes. The new findings, say researcher Pinhas Dannon of Tel Aviv University, should inform how psychologists approach sports gamblers, who may need to be treated using different methods than their casino-addicted counterparts.

In their study, Dannon and co-researcher Ronen Huberfeld determined that neither betting experience nor knowledge of the arcane details of the game is connected to successful betting outcomes. Dannon notes that the two most successful gamblers in their study had no prior experience in gambling or knowledge of the sport in question. “These results indicate that sports gamblers are operating under an illusion of control and power unrelated to real-life outcomes,” says Dannon.

For their study, the researchers focused on the field of soccer bettingand recruited three groups of participants. These included 53 professional sports gamblers, 34 soccer fans who were knowledgeable about the sport but had never gambled, and finally, 78 non-gamblers with no prior knowledge of soccer at all.

All participants were asked to place bets on the final scores of the 16 second-round matches of the Champion’s League (UEFA). This model mimics how gamblers actually put their money on the games, where they need to bet on exact scores to win.

Although those who had prior knowledge of soccer were expected to have a higher success rate, the researchers discovered that, in fact, their success rate was no better than those of the other two groups. Interestingly, the two participants with the most successful record, correctly betting on seven out of the 16 games each, hailed from the group with no prior understanding of the sport. Dannon says the results expose the myth of knowledge as a powerful betting advantage.

Because psychologists often place all gamblers in the same category, sports gamblers typically receive a standardized treatment. But these methods won’t help sports gamblers overcome their addiction, warns Dannon. “Casino gamblers are more appropriately characterized as obsessives because they have less belief in themselves, and know that they will lose sooner or later. But they gamble anyway because they feel they need to,” he says. “In contrast, sports gamblers believe that they can control the outcome. [They] need cognitive therapy that retrains their thinking habits and rids them of the illusion of control.”