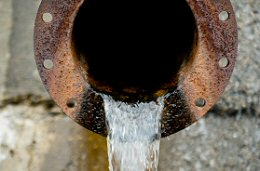 Antidepressants and other psychoactive medications in water affect the gene expression profiles of fish in a way that mimics the gene expression patterns associated with autism spectrum disorder, say researchers at Idaho State University. The findings are based on work with fathead minnows and appear in the journal PLoS ONE.

Identifying environmental triggers for autism is hampered by both poorly understood pathophysiology and differing definitions of autism. In the past, the use of antidepressants by pregnant women has been associated with autism. These, and other unmetabolized psychoactive pharmaceuticals, have been found in drinking water from surface sources, providing what some scientists believe is a possible exposure route.

Led by Idaho’s Michael A. Thomas, the researchers exposed the fish to three common pharmaceuticals – fluoxetine (a selective serotonin reuptake inhibitor); venlafaxine (a serotonin-norepinephrine reuptake inhibitor), and carbamazepine (a drug used to control seizures) – at concentrations comparable to the highest estimated environmental levels.

Thomas found that the only gene expression patterns affected were those associated with idiopathic autism spectrum disorders, caused by genetic susceptibility interacting with unknown environmental triggers.

Importantly, the results suggest that exposure to psychoactive pharmaceuticals in the environment may play a role in the development of autism spectrum disorder in genetically predisposed individuals.

“While others have envisioned a causal role for psychotropic drugs in idiopathic autism, we were astonished to find evidence that this might occur at very low dosages, such as those found in aquatic systems,” noted Thomas.

He added that future work needs to examine a wider range of pharmaceuticals (and other potential teratogens) and the results need to be validated in other animal model systems. Additionally, he believes epidemiological studies at the individual patient level should be conducted to confirm and detail the relationship between environmental contaminants and autism.