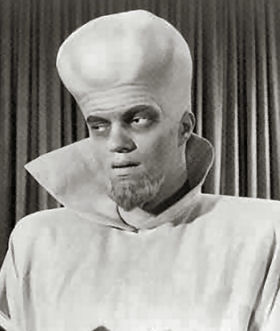 In the space of less than 200 years, the average U.S. Caucasian skull size has increased nearly 7 percent, becoming taller and narrower. To assess the change in head size, University of Tennessee forensic anthropologists Lee Jantz, Richard Jantz and Joanne Devlin examined 1,500 skulls dating back to the mid-1800s through the mid-1980s. They found that U.S. skulls have become larger, taller and narrower as seen from the front and faces have become significantly narrower and higher.

Presenting their findings at the annual meeting of the American Association of Physical Anthropologists, the researchers said they cannot pinpoint a reason as to whether the change is primarily due to evolution or lifestyle changes.

“The varieties of changes that have swept American life make determining an exact cause an endlessly complicated proposition,” said Lee Jantz. “It likely results from modified growth patterns because of better nutrition, lower infant and maternal mortality, less physical work, and a breakdown of former ethnic barriers to marriage. Which of these is paramount we do not know.”

The findings show that the average height from the base to the top of the skull in men has increased by eight millimeters. Skull volume has grown by 200 cubic centimetres – about the size of a tennis ball. In women, the corresponding increases are seven millimeters and 180 cubic centimeters.

This represents a 6.8 percent increase since the late 1800s, while body height has increased 5.6 percent and femur length has only increased about 2 percent. Interestingly, the researchers say that skull-height is continuing to change whereas overall heightening has recently slowed or stopped.

The scientists also noted changes that illustrate the population is maturing sooner. This is reflected in the earlier closing of a separation in the bone structure of the skull called the spheno-occipital synchondrosis, which in the past was thought to fuse at about age 20. The researchers found the bone is fusing much earlier – 14 for girls and 16 for boys.

Richard Jantz explained the team only assessed Americans of European ancestry because they provided the largest sample sizes to work with. He added that changes in skeletal structure are taking place in many parts of the world, but tend to be less studied. Other researchers have previously uncovered shifts in skull shape in Europe, though it is not as dramatic as seen in the U.S.