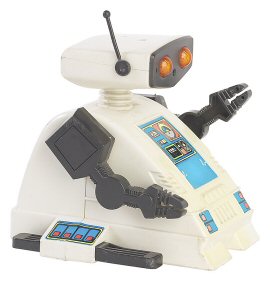 Autonomous, self-replicating robots are the best way to explore the universe, locate extraterrestrial life and perhaps even clean up space debris, argues John D. Mathews, a Penn State professor. Mathews has penned an article for the Journal of the British Interplanetary Society that argues the search for extraterrestrial intelligence (SETI, now in its 50th year) is best placed in the hands of Von Neumann machinesthat humankind can set-and-forget.

Human space missions are too costly, inefficient and dangerous, according to Mathews. “Only by developing and deploying self-replicating robotic spacecraft – and the incumbent communications systems – can the human race efficiently explore even the asteroid belt, let alone the vast reaches of the Kuiper Belt, Oort Cloud, and beyond.”

To minimize the costs associate with robotic explorers, he suggests that the first generation robots be manufactured on the moon to take advantage of the resources and the one-sixth gravity. He believes that we have the technology to create these “exobots” now.

Mathews imagines the fleet of robots passing messages to each other across vast distances. “To create a network of autonomous robots capable of passing information to each other and back to earth, the vehicles must be able to identify their exact location and determine the time. With these two bits of knowledge, they should be able to determine where all the other robots near them are and target them with an infrared laser beam carrying data.”

Initially, these exobots would serve two purposes: clear existing space debris (and perhaps recycle it) and monitor the more than 1,200 near Earth asteroids that are particularly hazardous in that they closely approach Earth during their orbits. “As a first step, we really should launch robot vehicles to learn something about these asteroids and to place beacons on them for identification and tracking,” said Mathews.

And, he adds, it is likely that one of these exobots will eventually intercept a signal from an alien exobot as any extraterrestrial race would need to follow a similar path to the stars (sending robots rather than living beings), which would also explain why SETI has not succeeded to date. “If aliens are out there, they have the same problems we do, they need to conserve resources, are limited by the laws of physics and they may not even be eager to meet us. If they are like us, they too have a dysfunctional government and all the other problems plaguing us,” he concludes. “They won’t want to spend a lot to communicate with us.”