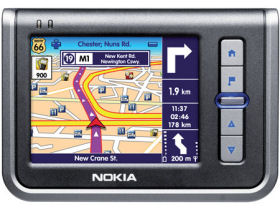 A monitoring group in the UK has detected dozens of GPS jamming incidents as well as the first case of GPS spoofing technology being used to fool computer navigation systems. They warn of looming chaos in transportation systems and financial networks and predict a major incident involving ships in the English Channel over the next decade. The group’s finding were presented at “GNSS Vulnerability 2012: Present Danger, future threats,” a conference organized by the ICT Knowledge Transfer Network.

The illegal jamming was detected from roadside monitoring carried out by the SENTINEL project which set out to examine the trustworthiness of GPS satellite navigation systems. Jamming monitors have so far been placed at 20 locations around the UK. At one particular location that has been monitored continuously for the past 6 months, over 60 individual jamming incidents were recorded and the results at another have already led to the recovery of a jamming device. Charles Curry, of Chronos technology, presented the findings from the SENTINEL project and said the next step is to update the monitoring equipment to be able to differentiate between different jammers, giving researchers a better idea of how many individuals are jamming GPS signals.

“SENTINEL was set up to tackle the threat of GPS jamming in three stages – identification, detection and mitigation. Whilst the identification of the threat is well established, and through roadside monitoring we are making great strides in the detection and location of these devices, the final stage, mitigation, is still some way off depending on the application and industry sector,” explained Curry. “The question for the authorities is what we are going to do once the owners of these jammers are identified and how can we prevent others using them?”

Bob Cockshott, Director of Position, Navigation and Timing at the ICT Knowledge Transfer Network and organiser of the conference, said that the evidence from roadside monitoring shows that jamming has moved from a potentially threatening situation to a real danger. “With the reliance on GPS systems in the maritime environment, our vulnerability on land and at sea should not be underestimated,” he warned.

Another presentation at the conference looked specifically at the dangers to maritime traffic from GPS jamming. In 2010, General Lighthouse Authorities’ researchers produced low level jamming from the coast and reviewed its effect on various systems onboard ships in the English Channel. The impacts observed included:

“Whilst we expected some disturbance to the ship’s chart display, this research revealed four or five other systems, all reliant on GPS which failed. The spread of the jamming technology used in these trials, with devices available online for only UK50 [US$79], makes a major incident at sea, whether accidental or intentional, a real danger. In the English Channel, the world’s busiest seaway, I personally believe we will see such an incident in the next decade,” predicted researcher David Last.

The general consensus at the conference seemed to be that spoofing and time sabotage would represent the next generation of threats. Unlike jamming, which simply scrambles navigation systems, these new threats would deliberately mislead users for criminal purposes. Spoofing generates false GPS signals to alter user’s perceptions of time and location with the victim being unaware of the manipulation.

Todd Humpheys, from the University of Texas, reported on tests carried out by his team on GPS-based timing devices used in mobile phone transmitters in the US. A spoofing attack could break up that network, preventing towers from handing over calls, he claimed. “So far no credible high profile attack has been recorded but we are seeing evidence of basic spoofing, likely carried out by rogue individuals or small groups,” he added. “Whilst the leap to more advanced, untraceable spoofing is large, so are the rewards. It’s therefore guaranteed that criminals are looking at this. All it takes is one person to put one together and publish it online and we have a major problem.”

Todd, who has previously warned about GPS vulnerability, added that a likely target for such spoofing would be high-frequency financial trading. Todd claims criminals could throw off the GPS timing systems that time-stamp financial trades, a process known as Time Sabotage. “Even a few milliseconds discrepancy could create confusion and enable unscrupulous traders to leverage their knowledge of the timing discrepancy for financial gain via inter-market arbitrage,” he explained.

Related:
Discuss this article in our forum
Satellites Open To Amateur Attack
Forum: Pentagon will Attack EU Satellites in Wartime