You are here: Home › News › Anchovies A Tasty Entrée Into The Marine World For Toxoplasma Gondii
By Will Parker on June 3, 2008 in News 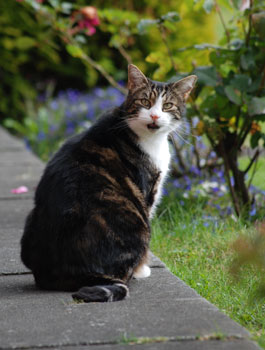 Not content with befuddling the brains of land mammals; the cat parasite Toxoplasma gondii is now making significant inroads into the marine world thanks to the humble anchovy. At least, that’s according to researchers at California Polytechnic State University, who have been investigating why marine mammals around the world are succumbing to this canny feline parasite.

“The question that drives our research is how are marine mammals from the Arctic Circle to Australia infected by a parasite that is spread primarily through the consumption of infectious cat feces and infected meat? Based on the global prevalence of T. gondiiinfections, we hypothesize that migratory filter feeders, specifically northern anchovies, are serving to spread T. gondii throughout the ocean,” says Gloeta Massie, a graduate student who conducted the research with Associate Professor Michael Black.

“Do our findings mean that you should stop eating anchovy pizza? No. T. gondii oocysts are destroyed by high heat. Unfortunately, marine mammals do not have the option of cooking their food before they eat it. As anchovies are considered prey for practically every major predatory marine fish, mammal and bird, if the exposed anchovies harbor infectious oocysts, this could present a possible transmission path of T. gondii in the marine environment,” says Massie.