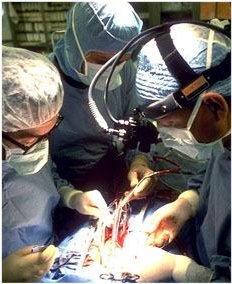 Growing evidence shows that surgery on the small bowel may effectively cure Type 2 diabetes – an approach that may change the way the disease is treated. Published in Diabetes Care, a new study presents scientific evidence that gastrointestinal bypass operations involving rerouting the gastrointestinal tract (gastric bypass) can cause diabetes remission independently of any weight loss, and even in subjects that are not obese.

The study’s author, Dr. Francesco Rubino of Weill Cornell Medical Center, explained that prior research had shown that the primary mechanisms by which gastrointestinal bypass procedures control diabetes specifically rely on the bypass of the upper small intestine – the duodenum and jejunum. This is a key finding that may point to the origins of diabetes. “By answering the question of how diabetes surgery works, we may be answering the question of how diabetes itself works. When we bypass the duodenum and jejunum, we are bypassing what may be the source of the problem,” says Dr. Rubino.

The gastrointestinal tract plays an important role in energy regulation, and many gut hormones are involved in the regulation of sugar metabolism. “It should not surprise anyone that surgically altering the bowel’s anatomy affects the mechanisms that regulate blood sugar levels, eventually influencing diabetes,” Dr. Rubino added.

This, he explains, implies that the upper intestine of diabetic patients may be the site where an abnormal signal is produced, causing, or at least favoring, the development of the disease. How exactly the upper intestine is dysfunctional remains unclear but Dr. Rubino proposes an explanation known in the scientific community as the “anti-incretin theory.”

Incretins are gastrointestinal hormones, produced in response to the transit of nutrients, that boost insulin production. Because an excess of insulin can determine hypoglycemia (extremely low levels of blood sugar) – a life-threatening condition – Dr. Rubino speculates that the body has a counter-regulatory mechanism (or “anti-incretin” mechanism), activated by the same passage of nutrients through the upper intestine. The latter mechanism would act to decrease both the secretion and the action of insulin.

“In healthy patients, a correct balance between incretin and anti-incretin factors maintains normal excursions of sugar levels in the bloodstream,” he explains. “In some individuals, the duodenum and jejunum may be producing too much of this anti-incretin, thereby reducing insulin secretion and blocking the action of insulin, ultimately resulting in Type 2 diabetes.” After gastrointestinal bypass procedures, the exclusion of the upper small intestine from the transit of nutrients may offset the abnormal production of anti-incretin, thereby resulting in remission of diabetes.

In order to better understand these mechanisms, and help make the potential benefits of diabetes surgery more widely available, Dr. Rubino calls for prioritizing research in diabetes surgery. “Further research on the exact molecular mechanisms of diabetes, surgical control of diabetes and the role played by the bowel in the disease may bring us closer to the cause of diabetes.”

Today, most patients with diabetes are not offered a surgical option, and bariatric surgery is recommended only for those with severe obesity. But Dr. Rubino believes that BMI cut-offs can no longer be used to determine who is an ideal candidate for surgical treatment of diabetes. “There is, in fact, growing evidence that diabetes surgery can be effective even for patients who are only slightly obese or just overweight. Gastrointestinal surgery offers the possibility of complete disease remission. This is a major shift in the way we consider treatment goals for diabetes. It is unprecedented in the history of the disease,” he concluded.