You are here: Home › News › Climate Musings Spark Religious Brouhaha
By Will Parker on April 5, 2006 in News 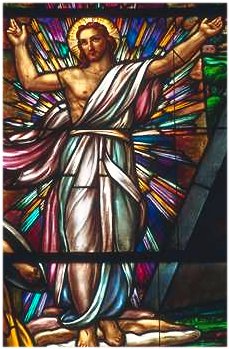 It must have been a slow day at the lab when researchers at Florida State University (FSU) decided to put a new slant on the New Testament account of Jesus walking on water in the Sea of Galilee. In theJournal of Paleolimnology, FSU Professor of Oceanography Doron Nof explains that Jesus probably walked on an isolated patch of floating ice rather than liquid water. While Nof’s conclusion is likely to upset religious sensibilities everywhere (an outcome regularly associated with Nof’s research, more on this later), the study is nevertheless an interesting exploration of climate conditions thousands of years ago.

Nof’s study describes a period when an unusual combination of water and atmospheric conditions produced a singular localized event that Nof’s team refers to as “springs ice”. Nof believes that springs ice could have formed on the freshwater surface of the Sea of Galilee (known today as Lake Kinneret) near the border of northern Israel. This would come as a surprise to people today, says Nof, as: “In today’s climate, the chance of springs ice forming in northern Israel is effectively zero, or about once in more than 10,000 years.”

Nof’s theory relies on a number of environmental factors being in place at the time of the “miracle”. The first of these is that temperatures dropped dramatically during two extended cold periods somewhere between 2,500 and 1,500 years ago. His team scoured paleoceanographic records of the Mediterranean Sea’s surface temperatures along with analytical ice and statistical models and focused their attentions on a small section – around 10,000 square feet – of Lake Kinneret. “As natural scientists, we simply explain that unique freezing processes probably happened in that region only a handful of times during the last 12,000 years,” Nof said. The team found that simultaneous to the extended cold period, a shot of frigid air descended over the lake causing temperatures to drop to 25 degrees Farenheit for around two days. This freeze, says Nof, could have coincided with Jesus’ miracle stroll across the water, or, more correctly, his glide across the ice.

Nof’s theory might hold water for another reason, too. The lake’s surrounding salt water springs, on the western shore in Tabgha (where artifacts purportedly relating to Jesus have been found), produced water that did not freeze. These circumstances in combination would make it difficult for any onlookers to see that Jesus was actually walking on an isolated patch of ice surrounded by water. Factors that may have “blinded” distant observers from what was really happening may include the possibility that rain had smoothed the edges of the ice so that it blended seamlessly with the water.

While perhaps not as far-fetched as the New Testament account, Nof’s theory itself certainly relies on the simultaneity of some very rare and specific conditions. Nof calculates that in the last 120 centuries the required conditions for the effect to take place probably occur once every 1,000 years. But he adds that in the time Jesus was thought to be around, the chances are more likely to have been around once every 30 to 160 years. In true scientific style, however, Nof states that: “We leave to others the question of whether or not our research explains the biblical account”. Nof’s coyness is understandable when viewed in context to the furor he created during the early 90s when he gave a scientific explanation for Moses’ parting of the Red Sea.