You are here: Home › News › New Climate Studies Predict Dire Future
By Will Parker on November 2, 2005 in News 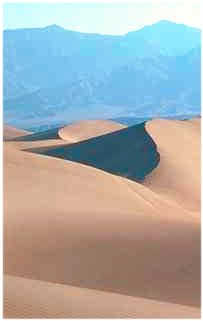 Two new studies released this week paint a gloomy picture of a planet changed beyond recognition by the impact of climate change. The first study, from the Lawrence Livermore National Laboratory, looked at the likely outcomes if fossil fuels continue to be used as they are now until depleted. Using a coupled climate and carbon cycle model to look at global climate and carbon cycle changes, the researchers found that the earth would warm by an average of 8 degrees Celsius (14 degrees Fahrenheit) by the year 2300. The big increase in temperatures would cause the disappearance of the polar ice caps and sea levels would rise by around 7 meters (22 feet).

Govindasamy Bala, lead author of the study, appearing in the American Meteorological Society’s Journal of Climate, said that the estimates of temperature rise might be understated. “The temperature estimate is actually conservative because the model didn’t take into consideration changing land use such as deforestation and build out of cities into outlying wilderness areas,” he said. Bala believes that in the polar regions alone, the temperature could spike more than 20 degrees Celsius, forcing the land in the region to change from ice and tundra to boreal forests.

Some of the uncertainty relates to the degree that soil and living biomass would act as net carbon sinks. While they can extract a significant amount of carbon dioxide from the burning of fossil fuels, the real scenario might be quite different. “The land ecosystem would not take up as much carbon dioxide as the model assumes,” Bala said. “In fact in the model, it takes up much more carbon than it would in the real world because the model did not have nitrogen/nutrient limitations to uptake. We also didn’t take into account land use changes, such as the clearing of forests.”

The oceans don’t fare any better in the new model, with predictions that about 80 percent of carbon dioxide will end up in the oceans, making them more acidic. The rise in temperature of the oceans coupled with the increased acidity would be especially harmful to marine organisms with shells and skeletal material made out of calcium carbonate. Calcium carbonate organisms, such as coral, serve as climate-stabilizers, Bala explained. When the organisms die, their shells and skeletons settle to the ocean floor, where some dissolve and some are buried in sediments. These deposits help regulate the chemistry of the ocean and the amount of carbon dioxide in the atmosphere. The extinction of these climate-stabilizing marine organisms could further exacerbate the problems already predicted.

Bala has little time for climate change skeptics. “Even if people don’t believe in it today, the evidence will be there in 20 years,” he said. “These are long-term problems.” He said the 2003 European heat wave and the 2005 Atlantic hurricane season were examples of extreme climate change. “We definitely know we are going to warm over the next 300 years,” he concluded. “In reality, we may be worse off than we predict.”

The second study, from the Harvard Medical School, looked at how climate change might affect the health of humans and ecosystems, and the economic impact these changes might have. The study was funded by reinsurance giant Swiss Re, who believe that the insurance industry will be a key player in absorbing risk and helping society and business to adapt.

The study’s lead author, Dr. Paul Epstein, believes that climate change will have profound effects on health. “We found that impacts of climate change are likely to lead to ramifications that overlap in several areas including our health, our economy and the natural systems on which we depend. Analysis of the potential ripple effects stemming from an unstable climate shows the need for more sustainable practices to safeguard and insure a healthy future,” he said.

Epstein’s report contains 10 case studies that outline current effects of climate change with regard to infectious diseases such as malaria, West Nile virus, Lyme disease and asthma; extreme weather events such as heat waves and floods; and ecosystems such as forests, agriculture, marine habitat and water. Economic implications as well as possible near-future impacts are projected for each case. The study shows that warming and extreme weather affect the breeding and range of disease vectors such as mosquitoes responsible for malaria, which currently kills 3,000 African children a day, and West Nile virus, which cost the U.S. $500 million in 1999. Lyme disease, the most widespread vector-borne disease, is currently increasing in North America as winters warm and ticks proliferate. The study notes that the area suitable for tick habitat will increase by 213 percent by the 2080s. The report also finds that ragweed pollen growth, stimulated by increasing levels of carbon dioxide, may be contributing to the rising incidence of asthma.

The study was co-sponsored by the United Nations Development Program, an organization concerned that the effects of climate change will be felt most by those in developing nations. “While developed nations are not immune to the impacts of climate change, those populations that are already struggling with myriad social challenges will bear the greatest brunt of climate change,” said UN Environment Program Manager Dr. Charles McNeill.

It's The End Of The World Button (pins,badges,global warming,climate change)