You are here: Home › News › Waterways Awash With Anti-Bacterial Chemical
By Will Parker on January 24, 2005 in News 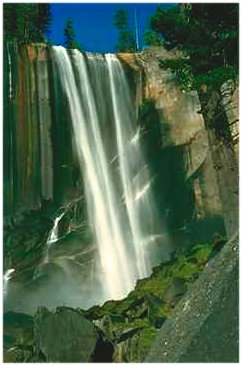 Researchers believe that many rivers and streams in the U.S. contain high levels of a toxic antimicrobial chemical – triclocarban – whose environmental fate remains unknown despite large-scale production and usage for almost half a century. An analysis conducted by researchers at the Johns Hopkins Bloomberg School of Public Health suggests that contamination by triclocarban is greatly underreported. Widely used for decades in hand soaps and other cleaning products, triclocarban contamination has rarely been monitored for in the environment. The new findings appear inEnvironmental Science & Technology.

“We’ve been using triclocarban for almost half a century at rates approaching 1 million pounds per year, but we have essentially no idea of what exactly happens to the compound after we flush it down the drain,” said the study’s lead author, Rolf U. Halden.

The nationwide assessment of triclocarban contamination is based in part on an analysis of water samples collected from rivers in and around Baltimore, as well as from local water filtration and wastewater treatment plants. From the samples, Dr. Halden and co-researcher Daniel H. Paull, observed the occurrence of triclocarban in the environment correlated strongly with that of triclosan, another commonly used antimicrobial chemical that has been studied in much greater detail because it is more easily detectable. Using an empirical model and published data on the environmental occurrence of triclosan, the researchers predicted triclocarban concentrations for other waterways. The study results suggest that the antimicrobial contaminant is present in 60 percent of the U.S. water resources investigated, thereby making it the fifth most frequent contaminant among 96 pharmaceuticals, personal care products and organic wastewater contaminants evaluated.

In surface water from the Baltimore region, the researchers detected triclocarban at concentrations of up to 6.75 micrograms per liter. This maximum concentration was 28-fold higher than previously reported levels, which are currently used by the U.S. Environmental Protection Agency for evaluation of the ecological and human health risks of triclocarban. “Along with its chemical cousin triclosan, the antimicrobial compound triclocarban should be added to the list of polychlorinated organic compounds that deserve our attention due to unfavorable environmental characteristics, which include long-term persistence and potential bioaccumulation. Triclocarban, for example, has an estimated half-life of 1.5 years in aquatic sediments. Do the potential benefits of antimicrobial products outweigh their known environmental and human health risks? This is a scientifically complex question consumers, knowingly or unknowingly, answer to everyday in the checkout line of the grocery store,” concluded Dr. Halden.