You are here: Home › News › Asthma Could Be Several Distinct Diseases
By Will Parker on May 10, 2004 in News 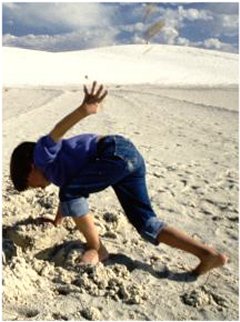 People who develop asthma as children may suffer from a different disease than those who develop it as adults. A study in the The Journal of Allergy and Clinical Immunology adds to the evidence that asthma is not a single disease, but a group of syndromes with different origins and biological characteristics. The research team, led by Sally Wenzel of the National Jewish Medical and Research Center, also found that the absence or presence of inflammatory cells, called eosinophils, helped distinguish differences among asthma patients.

“We were surprised to find that many patients showed no signs of inflammation, generally considered a hallmark of the asthma, yet they still had severe airflow limitation and many asthma symptoms.”

This is the first time that a research team has combined information from a detailed questionnaire with extensive biological data to define subsets of asthma patients.

The researchers studied 80 patients with severe asthma who had been referred to National Jewish Medical and Research Center because high doses of inhaled or oral steroids had failed to control their symptoms. Patients were divided into those whose asthma developed before 12 years of age and those whose asthma developed later. The early-onset group developed asthma at the mean age of 2.6 years, while the late-onset group developed asthma at the mean age of 27. They were evaluated for differences in allergic responses, symptoms, lung function and pathology.

More than 75% of patients who developed asthma before the age of 12 reported that they wheezed “most, or all of the time” when exposed to dust or pollens, while less than 40% of patients whose asthma developed after 12 did so. Patients with early-onset asthma were also more likely to respond positively to allergens in a skin test and to have had eczema, an allergic skin disease.

“Asthma has traditionally been very broadly defined in terms of symptoms rather than underlying biological processes,” said Wenzel. “Our research helped us divide these severe asthma patients into four subsets, based on age of onset and presence or absence of eosinophils. We believe these subsets represent different biological processes and mechanisms of steroid resistance.”

The definition of these subsets could help guide diagnosis, treatment and future research. These subsets might help guide a search for genes associated with asthma, which has, so far, proven difficult. Different phenotypes could be influenced by different genes, said Wenzel. If so, then searches focusing on specific patient subsets might uncover stronger genetic influences in asthma.

DVD And CD Longevity Examined
Wings Get Help From Whales