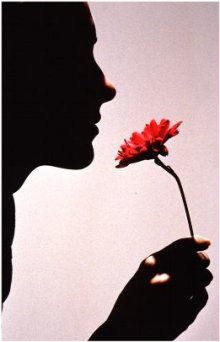 A University of Melbourne team examined a group of people deemed to be at ultra high risk of developing psychosis and found those that went on to develop schizophrenia, rather than other forms of psychosis, all displayed the inability to identify smells. This deficit was present before the onset of any significant clinical symptoms of psychosis.

The study was published in the American Journal of Psychiatry. The research has also reignited the academic debate regarding the influence of genetics versus social factors on the development of various forms of psychosis.

It has long been known that people suffering schizophrenia and other forms of psychosis are often unable to correctly identify smells. That is, pizza may be mislabelled as orange, or bubblegum as smoke. Before the current findings, however, it was unknown if this difficulty developed later, as a result of the progression of the disorder, or well before any symptoms of psychosis became obvious.

Dr Warrick Brewer and Associate Professor Christos Pantelis from the University’s Departments of Psychiatry and Psychology tested their theory that a vulnerable sense of smell could be used as a possible diagnostic tool for psychosis. The search for current diagnostic methods such as brain imaging, clinical symptoms and genetics has, to date, proved unreliable.

“An accurate and reliable diagnostic tool for schizophrenia could allow for early treatment or prevention and minimise the extensive and significant distress to those in the community directly and indirectly affected,” says Brewer.

Their results suggest a promising discovery of the first potential marker for schizophrenia, and possibly for other psychoses.

Brewer and Pantelis’ detective work began with the understanding that a person’s sense of smell is intimately linked to the area of your brain that deals with emotions and related non-language functions.

“It is the only sense that passes straight to this area of the brain, and so any vulnerability involving these neural circuits can affect our labeling of smell,” says Brewer.

“This area of the brain deals with the primary emotions. It is the part that processes such things as threat and emotion before transferring this information into the frontal (language) area of the brain,” he says.

“It is either the transfer of emotional information to the frontal lobe, or functioning in the frontal lobe itself that appears to be compromised in those suffering from psychosis.”

As for the nature versus nurture controversy, there are, as with many debates, two extreme camps: one camp says that psychosis is entirely a biological, or genetic, phenomenon. The other camp says it is entirely a result of social influences.

“Our research suggests that psychosis may involve an active synergy between the two,” says Brewer.

“A person could be born with a biological vulnerability to various forms of psychosis, that may manifest itself if put under particular psychosocial stresses,” he says.