You are here: Home › News › Physics › Quantum camera takes pic using only entangled photons
By Will Parker on August 29, 2014 in News, Physics 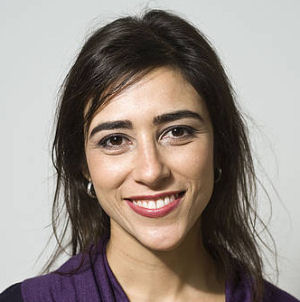 Using a new quantum imaging technique, a picture has been captured without the camera detecting the light that was used to illuminate the subject. Instead, the detector relies on entangled photons that have never touched the subject (in this case, a silhouette of a cat).

Normally, an image of an object is obtained by sensing the light that is either reflected or transmitted through that object. However, in the new technique, detailed in Nature, the scientists used entangled pairs of photons.

In the experiment, the laser illuminates two separate crystals, creating one pair of twin photons (consisting of one infrared photon and a “sister” red photon) in either crystal. The object is placed in between the two crystals.

“With this crucial step, there is now, in principle, no possibility to find out which crystal actually created the photon pair,” explained researcher Gabriela Barreto Lemos (pictured). “Moreover, there is now no information in the infrared photon about the object. However, due to the quantum correlations of the entangled pairs the information about the object is now contained in the red photons – although they never touched the object. Bringing together both paths of the red photons [from the first and the second crystal] creates bright and dark patterns, which form the exact image of the object.” 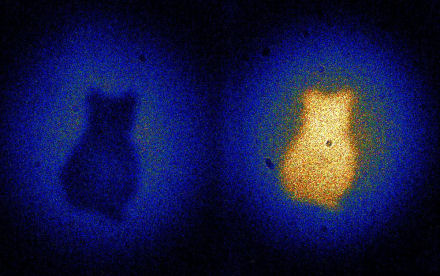 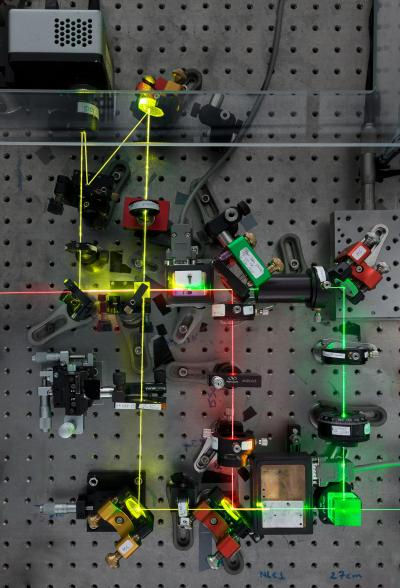 Lemos, from the University of Vienna, is confident that her team’s new quantum imaging technique could find application where low light imaging is crucial, in fields such as biological or medical imaging.

Related:
Discuss this article in our forum
Physicists map quantum to classical collapse
Quasars at opposite ends of the Universe could close a loophole in quantum mechanics
Recent discovery of quantum vibrations in brain neurons lends weight to his controversial theory of consciousness, says Sir Roger Penrose
Entangled quarks hint at reconciliation of quantum mechanics and general relativity