You are here: Home › News › Worry Fuel › Windshield washer water a “significant” source of Legionnaire’s
By Will Parker on May 19, 2014 in News, Worry Fuel 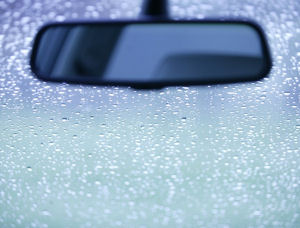 Outbreaks of Legionnaire’s disease are most often linked to large-scale air conditioning systems, but new research shows that automobile windshield washers can harbor the Legionella bacteria for long periods and release potentially dangerous numbers of these bacteria into the air. The findings, presented yesterday at the annual meeting of the American Society for Microbiology, suggest that automobiles may serve as a source of transmission for Legionellainfections.

Legionella are bacteria that are found naturally in the environment, usually in water. In humans, Legionella can trigger respiratory illness, including the deadly pneumonia known as Legionnaire’s disease. The bacteria are not spread from person to person, but instead are transmitted via mist or vapor containing the bacteria. Most people exposed to the bacteria do not become ill, but in some people it can cause Legionnaires’ disease, a severe form of pneumonia. The bacteria can also cause Pontiac fever, a milder illness that resembles the flu.

“This study is the first to detect high levels of Legionella in automobiles or aerosolized by washer fluid spray,” says Schwake. “These results suggest that automobiles may serve as a source of transmission for Legionella infections. While potential transmission of a deadly respiratory disease from a source as common as automobile windshield washing systems is significant, the study also points to the fact people can be exposed to pathogens – particularly those occurring naturally in the environment – in previously unknown and unusual ways.”