You are here: Home › News › Worry Fuel › Steroid use found to damage brain’s spatial functioning
By Will Parker on December 17, 2012 in News, Worry Fuel 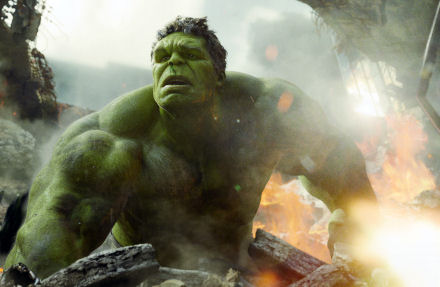 Long-term use of anabolic-androgenic steroids (AAS) appears to severely impact a user’s ability to accurately recall the shapes and spatial relationships of objects, say medicos from McLean Hospital and Harvard Medical School. Their study, appearing in the journalDrug and Alcohol Dependence, used a variety of tests to determine whether steroid users developed cognitive defects due to their admitted history of abuse.

The subjects in the study were aged between 29 and 55 and had been using steroids for an average of seven years. Each participant was asked to complete five cognitive tests that assessed a wide range of brain functions, including memory for shapes and locations of objects, memory for lists of words, reaction time, ability to maintain attention, and speed of information processing.

Researcher Harrison Pope and his colleagues discovered that those participants who were long-term AAS users did significantly worse than nonusers on a test called “Pattern Recognition Memory,” where participants are asked to try to remember a collection of patterns that they have been presented on a computer screen. The scores on this test declined noticeably with increasing lifetime AAS use. Importantly, the results remained stable in sensitivity analyses addressing potential confounding factors, indicating that the findings were unlikely to be attributable to some factor other than AAS use.

“Our work clearly shows that while some areas of brain function appear to be unaffected by the use of AAS, users performed significantly worse on the visuospatial tests that were administered. Those deficits directly corresponded to their length of use of anabolic-androgenic steroids,” explained Pope. “Impaired visuospatial memory means that a person might have difficulty, for example, in remembering how to find a location, such as an address on a street or a room in a building.”

Pope said the visuospatial deficits observed in steroid users were similar to those only previously seen in elderly people with dementia, who can become easily become lost or disoriented. “The magnitude of our findings was quite shocking and we hope that they will lead to larger studies and increased awareness regarding the possible dangers of the use and abuse of AAS,” he concluded.