You are here: Home › News › Traveling into the future… with sugar
By Will Parker on January 26, 2010 in News 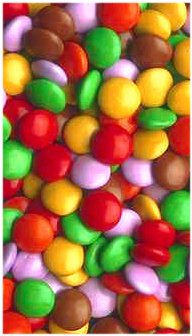 Researchers looking into how blood glucose levels impact our thought processes have found that when we have more energy available (higher levels of blood glucose), we tend to be more future-oriented in our decision-making.

Specifically, scientists X.T. Wang and Robert D. Dvorak, from the University of South Dakota, investigated how blood glucose levels impact the way we think about present and future rewards. In their study, published in Psychological Science, volunteers answered a series of questions asking if they would prefer to receive a certain amount of money tomorrow or a larger amount of money at a later date. They responded to seven of these questions before and after drinking either a regular soda (containing sugar) or a diet soda (containing artificial sweetener). Blood glucose levels were measured at the start of the experiment and after the volunteers drank the soda.

The results showed that people’s preferences for current versus later rewards appear to be influenced by blood glucose levels. The volunteers who drank the regular sodas were more likely to select receiving more money at a later date while the volunteers who drank the diet sodas were likelier to opt for receiving smaller sums of money immediately. The researchers say these findings are suggestive of an adaptive mechanism linking decision making to metabolic cues.

The study notes that; “the future is more abstract than the present and thus may require more energy to process. Blood glucose as brain fuel would strengthen effortful cognitive processing for future events.”

Conversely, having low blood glucose levels may make an individual focus more on the present. The finding that a diet soda drink increased the degree of future discounting suggests that artificial sweeteners may alarm the body of imminent caloric crisis, leading to increased impulsivity.

The authors conclude by suggesting that “reducing the degree of fluctuation in blood glucose may offer a possible means for the treatment and intervention of some impulsive disorders, anorexia, drug addiction, and gambling addiction.”

Related:
Surreal experiences boost brain power
Striking differences between brains of rich and poor
Brain Wired For Adventure
This Is Your Brain On Jazz