You are here: Home › News › Worry Fuel › EMF exposure in pregnancy increases asthma risk
By Will Parker on August 2, 2011 in News, Worry Fuel 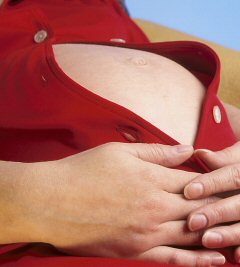 A new study appearing in the Archives of Pediatrics & Adolescent Medicine has identified a dose-response relationship between a mother’s electromagnetic field exposure level in pregnancy and the asthma risk in her offspring.

Women in this study wore a meter during their pregnancy that measured their daily exposure to low frequency magnetic fields (MFs) from electricity-related sources such as microwave ovens, hair dryers, vacuum cleaners, fans, coffee grinders and fluorescent light bulbs, power lines, and transformer stations. The study did not measure radio frequency MFs from wireless networks, wireless towers and wireless devices such as cell phones.

The researchers then followed their children for 13 years to see which children developed asthma. The study found that women with high MF exposure in pregnancy had a more than threefold risk of asthma in their offspring compared with mothers whose exposure level was low.

This is the first study to demonstrate a link between maternal magnetic field exposure in pregnancy and the risk of asthma in offspring. Previous research has found that MFs could lead to miscarriage, poor semen quality, immune disorders and certain type of cancers.

“While the replication of the finding is needed, the message here is exposure to electromagnetic fields is not good, and we need to pay attention to its adverse effect on health,” said the study’s lead author De-Kun Li, a perinatal epidemiologist at the Kaiser Permanente Division of Research in Oakland, California. “Pregnant women should try to limit their exposure to known MF sources and keep distance from them when they are in use.”