You are here: Home › Biology › News › The pirate ant: scientists mull bizarre pigmentation of new species
By Will Parker on May 21, 2013 in Biology, News 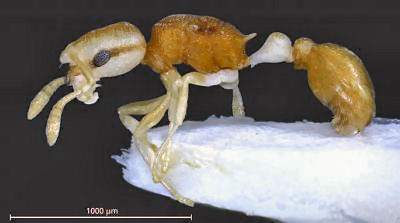 Scientists working in the Philippines have discovered a new enigmatic species of ant with a bizarre pigmentation pattern that has no equivalent anywhere else on the planet.

Reporting their discovery in the journal Zookeys, the scientists explain how the female pirate ant can be recognized by a distinctive dark stripe across the eyes that resembles a pirate eye-patch. This unusual feature inspired the researchers to choose Cardiocondyla pirata as a name for the new species. 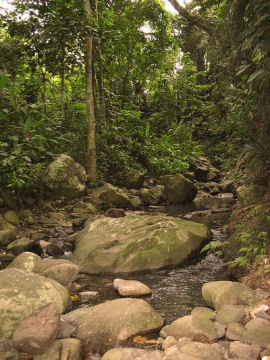 Researcher Sabine Frohschammer, from the Universit�t Regensburg, said the adaptive significance of the extraordinary pigmentation pattern is a mystery. “The poor vision and the fact that these ants mate in the dark exclude one of the most obvious hypotheses that the dark patch serves as a sign for sexual differentiation and thus a cue for recognition during mating,” she notes.

One hypothesis about the function of the bizarre pirate-like coloration pattern is that it serves to distract and confuse predators. The combination of the dark stripes together with a translucent body could create the illusion that the anterior and posterior body parts are in fact two separate objects.