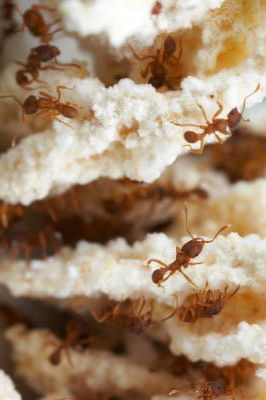 It was thought that all social insect species could produce, when needed, a crop of males who would go forth and fertilize new queens, but US and Brazilian researchers now say the antMycocepurus smithii reproduces without fertilization and males of the species are nonexistent.

“Animals that are completely asexual are relatively rare, which makes this is a very interesting ant,” says Christian Rabeling, from the University of Texas at Austin. “Asexual species don’t mix their genes through recombination, so you expect harmful mutations to accumulate over time and for the species to go extinct more quickly than others. They don’t generally persist for very long over evolutionary time.”

Asexual Reproduction in the Colonial Ascidian Metandrocarpa Taylori Huntsman b..

The Transmission of Variations in the Potato in Asexual Reproduction

The Transmission of Variations in the Potato in Asexual Reproduction by East, ..