Researchers at the U.S. Naval Research Laboratory (NRL) have set a new continuous flight record with an electric drone powered by a fuel cell running from liquid hydrogen in cryogenic storage. 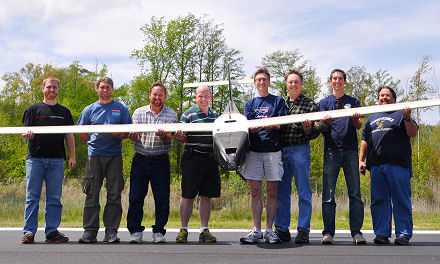 The Ion Tiger unmanned aerial vehicle (UAV) flew for 48 hours on April 16-18, shattering their previous record of 26 hours set in 2009 using the same vehicle, but instead powered by gaseous hydrogen stored at 5000 psi.

NRL researcher Karen Swider-Lyons said liquid hydrogen is three times denser than 5000-psi compressed hydrogen, allowing more hydrogen to be carried onboard to increase flight endurance. “Liquid hydrogen coupled with fuel-cell technology has the potential to expand the utility of small unmanned systems by greatly increasing endurance while still affording all the benefits of electric propulsion,” she said. 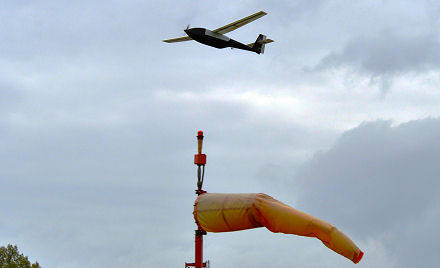 To address the logistics of in-theater supply of fuel, Swider-Lyons proposes the in-situ manufacture of liquid hydrogen. “An electrolyzer-based system would require only water for feedstock, and electricity, possibly from solar or wind, to electrolyze, compress, and refrigerate the fuel,” she suggests.