You are here: Home › Humans › News › Sexual happiness means keeping up with the Joneses
By Will Parker on April 15, 2013 in Humans, News 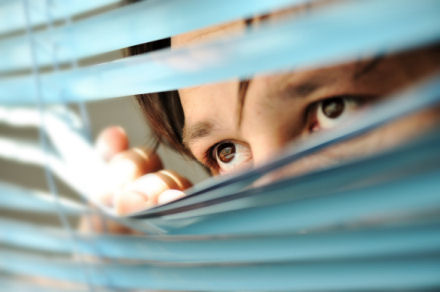 A new analysis (of data from the General Social Survey) suggests sex is like income: people are generally happy when they keep pace with the Joneses and they’re even happier if they get a bit more. The work, by sociologist Tim Wadsworth at the University of Colorado Boulder, appears in Social Indicators Research.

Analyzing the data, Wadsworth found that people reported steadily higher levels of happiness as they reported steadily higher sexual frequency. But he also found that even after controlling for their own sexual frequency, people who believed they were having less sex than their peers were unhappier than those who believed they were having as much or more than their peers.

“There’s an overall increase in sense of well-being that comes with engaging in sex more frequently, but there’s also this relative aspect to it,” he explained. “Having more sex makes us happy, but thinking that we are having more sex than other people makes us even happier.”

After controlling for many other factors, including income, education, marital status, health, age, race and other characteristics, respondents who reported having sex at least two to three times a month were 33 percent more likely to report a higher level of happiness than those who reported having no sex during the previous 12 months.

But while personal income can be inferred by a neighbor’s flashy new car or home renovation, sex is a more cloistered activity. So how do men or women know how frequently their peers have sex?

Wadsworth thinks magazines like Cosmopolitan play a role, as does as film & TV, and, Wadsworth writes, “there is plenty of evidence that information concerning normative sexual behavior is learned through discussions within peer groups and friendship networks.”

As a result of this knowledge, if members of a peer group are having sex two to three times a month but believe their peers are on a once-weekly schedule, their probability of reporting a higher level of happiness falls by about 14 percent, Wadsworth found.

He concedes that the data do not necessarily prove that social comparisons cause the effects observed. “[But] I can’t think of a better explanation for why how much sex other people are having would influence a person’s happiness,” he added.