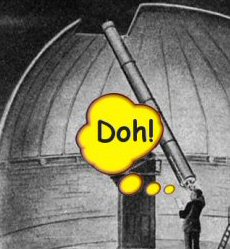 Scientists once considered the idea of our sun being part of a binary star system highly unlikely, but the recent discovery of the planetoid Sedna adds credence to the idea that our sun might have a companion star, most likely a brown dwarf. Scientists at the Binary Research Institute (BRI) claim that the orbital characteristics of Sedna are consistent with the hypothesis that our sun is gravitationally bound to another star, where both orbit a common center of mass.

Once thought to be rarities in the cosmos, binary star systems are now thought to be quite common in our galaxy. Despite this general acceptance, astronomers have thus far found it difficult to prove that our sun has a companion star. Walter Cruttenden (author of Lost Star of Myth and Time) at BRI, Professor Richard Muller at UC Berkeley and Daniel Whitmire of the University of Louisiana have been researching the existence of a binary star for some time, relying on statistical techniques. However, recent discoveries of celestial objects known as Extended Scattered Disk bodies (objects that maintain an orbit beyond 50 AU of the Sun), with otherwise inexplicable orbital characteristics, may be the hard evidence needed to prove our sun is part of a binary system.

Last year there was much speculation as to why Extended Scattered Disk bodies such as Sedna, 2000 CR105 and Buffy displayed what appeared to be inconsistent orbits. Sedna, first detected by Cal Tech astronomer Dr. Michael Brown (who also discovered Xena), is observed as having a severe elliptical orbit, while Buffy has a near circular orbital corridor angled at a tilt of 47 degrees. In the current issue of Discover, Brown stated: “Sedna shouldn’t be there. There’s no way to put Sedna where it is. It never comes close enough to be affected by the sun, but it never goes far enough away from the sun to be affected by other stars… Sedna is stuck, frozen in place; there’s no way to move it, basically there’s no way to put it there – unless it formed there. But it’s in a very elliptical orbit like that. It simply can’t be there. There’s no possible way – except it is. So how, then?”

One school of thought is that a passing star could have pulled their closest approaches away from the Sun. So Buffy was pulled into a circular orbit and Sedna, being closer to the alleged star, pulled into an elliptical orbit away from Neptune’s reach. But others argue that this neither explains Buffy’s 47-degree tilt nor Sedna’s extreme elliptical orbit. “It is hard to imagine that Sedna would retain its highly elliptical orbit pattern since the beginning of the solar system billions of years ago. Because eccentricity would likely fade with time, it is logical to assume Sedna is telling us something about current, albeit unexpected solar system forces, most probably a companion star,” said Cruttenden.

Despite Sedna’s bizarre 12,000-year elliptical orbit, Cruttenden calculates that Sedna moves in accordance with previously published orbital data that hypothesizes a companion star for our sun. What follows from that realization, says Cruttenden, is that Sedna’s orbit is evidence consistent with the way in which the solar system is presently configured. “I’m thinking it was placed there in the earliest history of the solar system. I’m thinking it could have gotten there if there used to be stars a lot closer than they are now and those stars affected Sedna on the outer part of its orbit and then later on moved away. So I call Sedna a fossil record of the earliest solar system. Eventually, when other fossil records are found, Sedna will help tell us how the sun formed and the number of stars that were close to the sun when it formed.”

Whether Brown and Cruttenden ever get to say “told you so!” remains to be seen, but the constantly improving observational technologies available to astronomers may help uncover more evidence of the Sun’s binary companion, or, perhaps the nebulous star itself.