You are here: Home › News › Persistence Of Triclocarban Surprises
By Will Parker on April 27, 2006 in News 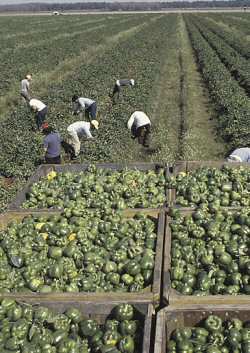 One of the researchers involved in this new study, Rolf U. Halden, had previouslypublished findings on the high levels of both triclosan and triclocarban found in rivers and streams across the country. And now, the discovery that triclocarban is not broken down in water treatment plants has compounded Halden’s concerns. “Triclocarban does not break down easily even under the intense measures applied during wastewater treatment. Triclocarban is leading a peculiar double life. Following its intended use as a topical antiseptic, we are effectively and inadvertently using it as an agricultural pesticide that is neither regulated nor monitored.”

“The irony is twofold,” said Halden. “First, to protect our health, we mass-produce and use a toxic chemical which the Food and Drug Administration has determined has no scientifically proven benefit. Second, when we try to do the right thing by recycling nutrients contained in biosolids, we end up spreading a known reproductive toxicant on the soil where we grow our food. The study shows just how important it is to consider the full life cycle of the chemicals we manufacture for use in our daily life.” Halden added that additional studies are underway to determine if triclocarban, which is toxic when ingested, can migrate from sludge into foodstuffs, thereby potentially posing a human health risk.