You are here: Home › News › Focus Of Genetic Research Narrowed
By Will Parker on April 25, 2006 in News 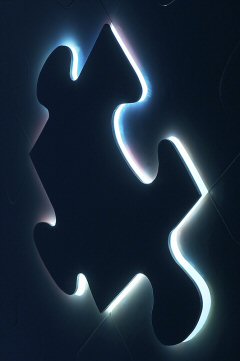 Today, details of an important new way of determining proof of natural selection at the single gene level were published by the Public Library of Science (PLoS). The new statistical method will replace what is known as the standard neutral model, which many scientists say is less than ideal.

According to them, the commonly used standard model often provides erroneous conclusions about population structures, because by default it assumes that each individual within a given population has the same chance of reproducing. But now researchers have at their disposal a more accurate statistical model to increase understanding within the field of population genetics.

The new statistical method relies on a large body of data that will, hopefully, more accurately represent population structures. “We know something more now about how the population has been structured,” said research leader Chris Toomajian, at the University of Southern California.

This new work may mean that much prior research in this field will have to be revisited. “Once you start looking at enough cases then you realize that, oops, it’s all under selection. I think a lot of that research is going to end up in the trash can,” said study co-author Magnus Nordborg.

Nordborg explained that the new method can be used for any organism, but the example used in the PLoS paper is the weed known as Arabidopsis thaliana, with special attention paid to the FRIGIDA (FRI) gene that influences bloom cycles. Researchers knew that this plant bloomed annually, but thousands of years ago two gene variants of the FRI gene allowed the thaliana plant to develop as a perennial in order to compete with other plants.

Using the new statistical method, the team was able to identify the gene variants by comparing 96 plants over 1,102 short fragments of the genome. The team used a scoring system to classify the gene variants, where each was given a score based on the similarity of two plants around the FRI gene relative to their similarity at other regions in the genome. A higher score means that it is less likely that a variant could have developed randomly. The scoring system provides a better statistical representation of the similarities found in plants that are related.

Significantly, Toomajian’s team found that the FRI genes of the thaliana plant are too widespread for them to have spread by chance. “We’ve shown that for one gene with an important role in that [flowering] process, there’s good evidence that there’s natural selection changing the behavior of the plants,” Toomajian said.

Nordborg said that while natural selection is well documented at the whole-organism level, researchers consider biochemical proof of selection the “Holy Grail” of population genetics. “What has proven very difficult is to connect specific molecular changes to selection,” he added. These new findings bring biology closer to that elusive goal.