You are here: Home › News › Viagra found to enhance fetal growth
By Will Parker on February 4, 2010 in News 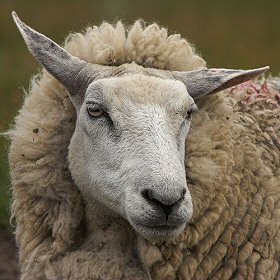 Not content with erections, Pfizer have been funding left-of-field studies for other potential applications for their money-spinning erectile dysfunction treatment. The latest finding to come from Pfizer’s, er, benevolence? That the drug can enhance fetal growth – at least in pregnant ewes.

The research started as a joke between two Texas AgriLife Research scientists which turned into a fully-funded study, appearing in The Journal of Nutrition. “We made a joke that many men are now using Viagra and that women may also have a need for it,” Dr. Guoyao Wu said. “Interestingly, one week later, we saw that Pfizer Inc. announced an international request for research proposals on Viagra.” Wu and co-researcher Dr. Tom Spencer submitted a proposal to Pfizer, using pregnant sheep for evaluating Viagra’s potential role in enhancing fetal growth, and Pfizer selected the proposal for funding.

While sheep are an agriculturally important species, they can also serve as an excellent animal model for studying the physiology of human pregnancy, said Wu. “Because 5 percent to 10 percent of infants are born as low birth-weight babies worldwide, and because fetal-growth retardation is also a significant problem in livestock species, our findings have important implications for both human health and animal agriculture,” he added.

The study revealed that Viagra increased the blood supply to the fetus in female sheep, supplying amino acids – a major fuel for fetal growth. Approximately 60 ewes were mated to rams at the Texas A&M University Sheep Center. Pregnant females were randomly selected and treated with or without sildenafil citrate. The results of the study indicated long-term use of Viagra enhanced fetal weight in both adequately fed and nutrient-restricted female sheep.

Wu said that greater concentrations of amino acids and polyamines in fetal blood and placental fluids were found, leading the researchers to suggest that Viagra alters the trafficking of nutrients from the female sheep to the fetus. “Viagra acts like nitric oxide to relax smooth muscle cells of blood vessels and, in turn, allow for increased uterine blood flow,” he explained. “For pregnant mammals, Viagra can enhance the supply of nutrients from the mother to the fetus via utero-placental blood flow.”