You are here: Home › News › Cough Medicines No Better Than Placebo
By Will Parker on September 6, 2004 in News 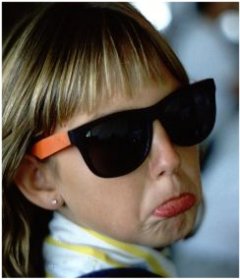 Two active ingredients found in a number of non-prescription cough medicines are no better than non-medicated syrup for children with upper respiratory tract infections, says a Penn State College of Medicine study. “Consumers spend billions of dollars each year on over-the-counter medications for cough,” said Ian Paul, of the Penn State Milton S. Hershey Medical Center. “Our study showed that the two ingredients used in most over-the-counter medications were no better than a placebo, non-medicated syrup, in providing nighttime relief for children with cough and sleep difficulty as a result of upper respiratory infection.” The study appeared in the journal Pediatrics.

Study volunteers, aged from two to eighteen with upper respiratory infections, were recruited from two practices affiliated with Penn State Hershey Medical Center. Symptoms, as reported from the parents, had to reach a certain threshold for children to be admitted to the study. Then, each child was randomly assigned to receive dextromethorphan (often abbreviated as “DM”), diphenhydramine (an over-the-counter antihistamine) or placebo. Of the children with upper respiratory infections included in the study, 33% patients received dextromethorphan, 33% received diphenhydramine and 34% received placebo. Patients were ill an average of 4.21 days before participation in the study. The symptom scores from the night before treatment were compared to those after treatment.

“All three groups, including the non-medicated syrup group, showed dramatic improvement, with scores for cough frequency, impact on child and parent sleep, bothersome nature of cough, and severity of cough scoring lower,” Paul said. “Neither dextromethorphan nor diphenhydramine was superior to placebo for any outcomes studied in this trial.”

Placebo Sew or Iron On Patch

Placebo Patch Embroidered Iron On Or Sew On Badge

Placebo Patch Embroidered Iron On Or Sew On Badge