You are here: Home › Health › Genetics › News › Smoking linked to ADHD in future generations
By Will Parker on March 5, 2014 in Genetics, News 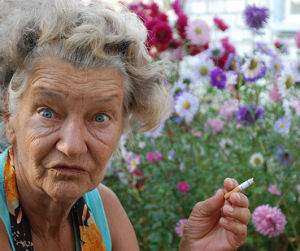 Now, researchers Pradeep G. Bhide and Jinmin Zhu have found evidence that ADHD associated with nicotine can be passed across generations. Their intriguing findings aboutepigenetic inheritance are published in the current issue of The Journal of Neuroscience.

In previous research, it was found that nicotine can leave heritable epigenetic marks on the genome, which make future offspring more susceptible to respiratory conditions. “What our research and other people’s research is showing is that some of the changes in your genome – whether induced by drugs or by experience – may be permanent and you will transmit that to your offspring,” said Bhide.

“What’s important about our study is that we are seeing that changes occurring in my grandparents’ genome because of smoking during pregnancy are being passed to my child,” says Bhide. “So if my child had ADHD it might not matter that I did not have a disposition or that I never smoked.”

“Genes are constantly changing. Some are silenced and others are expressed, and that happens not only by hereditary mechanisms, but because of something in the environment or because of what we eat or what we see or what we hear,” Bhide said. “So the genetic information that is transmitted to your offspring is qualitatively different than the information you got from your parents. The next question is how does transmission to future generations happen? What is the mechanism? And the second question is, if the individual is treated successfully would that stop the transmission to future generations?”