You are here: Home › Humans › News › Scientists mull evolutionary role of “sexual regret”
By Will Parker on November 25, 2013 in Humans, News

“Prior sex researchers have focused primarily on the emotion of sexual attraction in sexual decisions,” explained evolutionary psychologist David Buss, from the University of Texas at Austin. “These studies point to the importance of a neglected mating emotion – sexual regret – which feels experientially negative but in fact can be highly functional in guiding adaptive sexual decisions.” 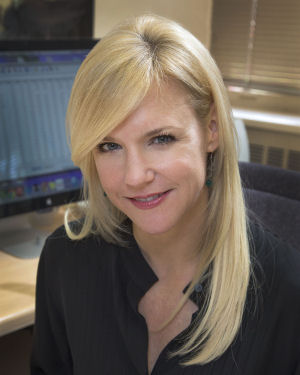 “For men throughout evolutionary history, every missed opportunity to have sex with a new partner is potentially a missed reproduce opportunity – a costly loss from an evolutionary perspective,” explained co-researcher Martie Haselton (pictured right), from UCLA. “But for women, reproduction required much more investment in each offspring, including nine months of pregnancy and potentially two additional years of breastfeeding. The consequences of casual sex were so much higher for women than for men.”

Haselton notes that these emotional reactions in the present are far removed from the reproductive consequences of the ancestral past. “For example, we have reliable methods of contraception. But that doesn’t seem to have erased the sex differences in women’s and men’s responses, which might have a deep evolutionary history.”