You are here: Home › Environment › News › Giant channels discovered under Antarctic ice
By Will Parker on October 7, 2013 in Environment, News 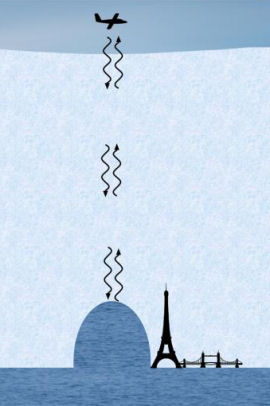 The channels were discovered by British researchers using satellite images and airborne radar measurements. The channels can also be seen on the surface of the ice shelf, as the ice floats at a different height depending on its thickness.

The researchers also predicted the path of meltwater flowing under the part of the ice in contact with the land (known as the ice sheet). They discovered that the predicted flow paths lined up with the channels under the ice shelf at the point where the ice starts to float. 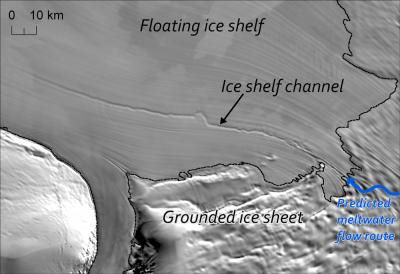 Channels of this magnitude have been observed before elsewhere, but their formation has been attributed to purely oceanic processes rather than meltwater exiting the grounded ice sheet.

The channels are likely to influence the stability of the ice shelf and their discovery will help researchers understand how the ice will respond to changing environmental conditions.

Valkyrie Saviors #1B, and 2A Antarctic Press 2021 YOU CHOOSE