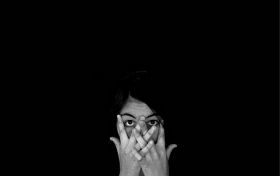 Taryn Moss, the study’s lead author, said that nearly half of the subjects who reported having poor sleep also reported a fear of the dark. Moss, from Ryerson University, confirmed this objectively by measuring blink responses to sudden noise bursts in light and dark surroundings. While the good sleepers became accustomed to the noise bursts, the poor sleepers grew more anticipatory when the lights were down.

“The poor sleepers were more easily startled in the dark compared with the good sleepers,” said Moss. “As treatment providers, we assume that poor sleepers become tense when the lights go out because they associate the bed with being unable to sleep. Now we’re wondering how many people actually have an active and untreated phobia.”