You are here: Home › Mind and Brain › News › Magic mushrooms get MRI treatment
By Will Parker on January 26, 2012 in Mind and Brain, News 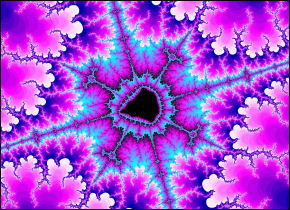 Two new studies published this week look into how psilocybin – the active ingredient in magic mushrooms – affects brain activity in users. The new work adds to a growing body of scientific inquiry into the workings of psychoactive substances.

In the first study, published in Proceedings of the National Academy of Sciences, 30 volunteers had psilocybin infused into their blood while inside magnetic resonance imaging (MRI) scanners. Intriguingly, the scans showed that activity decreased in “hub” regions of the brain – areas that are especially well-connected with other areas.

The second study, appearing in the British Journal of Psychiatry, found that psilocybin enhanced volunteers’ recollections of personal memories, which the researchers believe could make it a useful psychotherapeutic tool.

The senior author of both studies, Professor David Nutt of Imperial College London, said the findings were surprising as psychedelics had commonly been assumed to work by increasing brain activity. “We found that psilocybin actually caused activity to decrease in areas that have the densest connections with other areas. These hubs constrain our experience of the world and keep it orderly. We now know that deactivating these regions leads to a state in which the world is experienced as strange,” he explained.

Nutt and his co-researchers found that the intensity of the effects reported by participants (visions, unusual bodily sensations, altered sense of space and time) correlated with a decrease in oxygenation and blood flow in certain parts of the brain.

Specifically, the areas of the brain affected were the medial prefrontal cortex and the posterior cingulate cortex. The precise function of both these areas is the subject of debate among neuroscientists, but the latter is proposed to have a role in consciousness and self-identity. The former is known to be hyperactive in depression, so psilocybin’s action on this area could be responsible for some antidepressant effects that have been reported.

In the British Journal of Psychiatry study, volunteers viewed written cues that prompted them to think about memories associated with strong positive emotions while inside the brain scanner. The participants rated their recollections as being more vivid after taking psilocybin and there was increased activity in areas of the brain that process vision and other sensory information.

The participants were also asked to rate changes in their emotional wellbeing two weeks after taking the psilocybin. Their ratings of memory vividness under the drug showed a significant positive correlation with their wellbeing two weeks afterwards. “Previous studies have suggested that psilocybin can improve people’s sense of emotional wellbeing and even reduce depression in people with anxiety. This is consistent with our finding that psilocybin decreases medial prefrontal cortex activity, as many effective depression treatments do,” noted co-researcher Dr Robin Carhart-Harris.

Psilocybin was used extensively in psychotherapy in the 1950s but the biological rationale for its use has not been properly investigated until now. While admitting their study was small in size, Harris and Nutt still believe that psilocybin could deliver benefits in a clinical setting. “The effects need to be investigated further, and ours was only a small study, but we are interested in exploring psilocybin’s potential as a therapeutic tool,” they concluded.

Related:
Discuss this article in our forum
Was The Missing Link A Tripping Chimp?
Significant success using Ecstasy to treat PTSD
Ecstasy’s empathogenic properties revealed to be a sham
Quantifying A Mystical Experience: Hallucinogenic Research Gets To Grips With Spirituality