You are here: Home › News › Ecstasy’s empathogenic properties revealed to be a sham
By Will Parker on December 17, 2010 in News 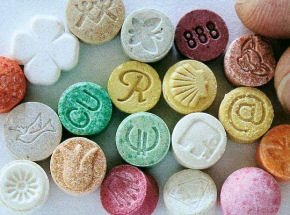 Researchers exploring the use of MDMA (ecstasy) in psychotherapy say that the drug distorts one’s perception of others rather than producing true empathy. Until now, the drug’s widely reported empathogenic effects have been difficult to measure objectively and there has been limited research in humans. Now, however, University of Chicago researchers are reporting their findings in the current issue ofBiological Psychiatry.

“We found that MDMA produced friendliness, playfulness and loving feelings, even when it was administered to people in a laboratory with little social contact. We also found that MDMA reduced volunteers’ capacity to recognize facial expressions of fear in other people, an effect that may be involved in the increased sociability said to be produced by MDMA,” said study author Dr. Gillinder Bedi.

According to Bedi, these data suggest that MDMA produces effects that make others seem more attractive and friendly, which may serve as a significant motivator in its use as a recreational drug. Importantly, the study notes, it also makes others appear less threatening, which could increase users’ social risk-taking.

But Dr. John Krystal, editor of Biological Psychiatry, is unconvinced. “MDMA distorts one’s perception of others rather than producing true empathy. Thus, MDMA may cause problems if it leads people to misinterpret the emotional state and perhaps intentions of others,” he warns.

Sexsomnia linked to illicit drug use

Cajun Families of the Atchafalaya