You are here: Home › Medicine › News › Retina built using stem cells
By Will Parker on April 7, 2011 in Medicine, News 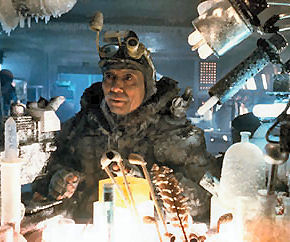 The processes involved in the formation of complex tissues and organs involving multiple cell types are still mostly a mystery to scientists, but Japanese researchers have made a major breakthrough in the creation of retinal optic tissue using embryonic mouse stem cells. The new work, published in Nature, answers important questions as to whether signaling interactions between neighboring tissues are essential for guiding organogenesis, or whether these can arise autonomously from developmental routines inherent to a given primordial tissue.

The formation of the optic cup, with its complex two-walled structure, has been a longstanding question in embryology. The retina, with its origins in the lateral midbrain, is part of the central nervous system. Its development begins with the formation of the optic vesicle, a pocket of epithelium that deepens and pinches to form the optic cup, which develops a double layer of cells, with pigment epithelium on the outer, and neural retina on the inner wall. Some believe that this transformation is triggered by chemical and physical influences from other tissues, such as lens or cornea, but others have suggested that perhaps external induction or force is not required.

To resolve this important question, researcher Mototsugu Eiraku (not pictured) used techniques based on an embryonic stem cell culture system developed by the Four-dimensional Tissue Analysis Units at Osaka University. These techniques had previously been used to differentiate pluripotent stem cells into a wide range of neuronal cell types, including structurally organized cerebral cortical neurons.

By adding extracellular matrix proteins to the culture, the group was able to epithelially-organize retinal precursors at high efficiencies by day 7. One day later, optic vesicle-like structures began to form, followed by bi-layered optic cup-like structures (day 10). The pigmented and neuronal characters of the outer and inner layers of cells in these spontaneously formed tissues were confirmed by gene expression, indicating that optic cup development had been successfully generated in vitro. Most importantly, the tissue had developed in the absence of any external signaling sources, thus demonstrating the capacity for self-organization.

The team next used multi-photon microscopy to explore the mechanisms behind the self-assembly process. They found that after the retinal precursor cells differentiated into pigmented epithelial and neuronal layers, the tissue underwent a four step morphological rearrangement on its way to assuming the optic cup structure. When they examined cytoskeletal behaviors in this process, they noted that myosin activity dropped in the region of the epithelium that bend inward to form the cup, giving the flexibility needed to form a pocket driven by expansion of the epithelium through cell division.

Computer simulation revealed that three principal forces can explain the formation of the optic cup. First, the a region of the epithelium must lose rigidity, allowing it to buckle inward, after which cells at the hinge points (defined by the border between presumptive pigment epithelium and neuronal regions) must undergo apical constriction, giving them a wedge-like shape. Once these conditions are met, expansion of the tissue surface by cell division results in further involution of the cup, all of which is in line with the experimental findings.

As a final test of the structure’s ability to mirror its natural counterpart, Eiraku excised the neuronal layer from the stem cell derived optic cup and allowed it to develop in a 3D cell culture under conditions optimized for spurring neuronal maturation. He found that the retinal neurons underwent active mitosis and ultimately organized into a six-layer stratified and synapse-forming neuronal structure closely resembling that of the post-natal retina.

“What we’ve been able to do in this study is resolve a nearly century-old problem in embryology, by showing that retinal precursors have the inherent ability to give rise to the complex structure of the optic cup,” explained head researcher Yoshiki Sasai. “It’s exciting to think that we are now well on the way to becoming able to generate not only differentiated cell types, but organized tissues… which may open new avenues toward applications in regenerative medicine.”