You are here: Home › Medicine › News › Medicinal clays may be new weapon against antibiotic-resistant infections
By Will Parker on May 19, 2013 in Medicine, News 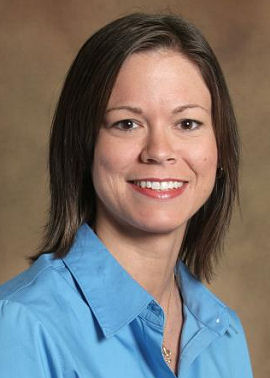 Arizona State University’s Biodesign Institute is trying a new approach to developing effective, topical antibacterial agents – one that draws on a naturally occurring substance recognized since antiquity for its medicinal properties: clay.

The medicinal use of clay can be traced back 5,000 years, when it was documented in the ancient tablets of Nippur as a wound-healing medicament. Around 1600 BC, the Ebers Papyrus – recognized as the world’s oldest medical text – recommended clay for ailments including diarrhea, dysentery, tapeworm, hookworm, wounds, and abscesses.

In a paper appearing in the journal PLOS ONE, researcher Shelley Haydel (pictured) explores the antibiotic properties of certain types of clay and their ability to aggressively kill a range of pathogens including E. coli and methicillin-resistant Staphylococcus aureus (MRSA). The new work builds on previous investigations Haydel carried out on samples of clay used in Africa to aid in ulcer healing.

Interestingly, the new study indicates that, rather than the physical particles of the clays, particular metal ions attached to the clay are likely responsible for its potent antibacterial properties.

“While some natural clays have been used topically for centuries, scientific studies investigating the antibacterial mechanisms represent a relatively new area of research,” Haydel says. “With this study, we have demonstrated that the antibacterial activity of these natural clays is not dependent on the physical clay particles, but rather the abiotic, microbicidal activities of specific metal ions desorbed from the clay surface.”

In the study, Haydel and co-researcher Caitlin Otto examined four clay samples and their respective aqueous mineral extracts (leachates). Mineralogically, the samples were nearly identical with 52 percent clay and 48 percent non-clay minerals, but the composition of metal ions released from the mineral surfaces varied considerably across the samples. The tests, using aqueous mineral leachates of the four clay samples, uncovered a variety of elements in varying concentrations. Based on previous studies, the research team focused on five metal ions – iron (Fe), copper (Cu), cobalt (Co), nickel (Ni), and zinc (Zn).

Although Haydel is optimistic about the potential for medicinal clays to play a greater therapeutic role, she acknowledges that more work needs to be done. “We have demonstrated that mineralogically-identical clays exhibit chemical variability which correlates with variability in antibacterial activity. Since clays can contain toxic metals, such as arsenic, cadmium, lead, and mercury, safety precautions must be in place to minimize exposure to toxic ions. Efforts must be taken to standardize the composition and antibacterial efficacy of clays if they are to be used therapeutically and prophylactically.”

Related:
Discuss this article in our forum
Clay bubbles may have nurtured self-organizing precursors to life
“Hot” Comets The Source Of Life?
Volcanic Clay May Have Served As Womb For Emergent Life