You are here: Home › Medicine › News › Dairy intake, heart attack risk not statistically linked
By Will Parker on May 20, 2011 in Medicine, News 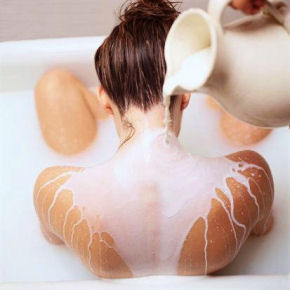 Dairy products may be high in saturated fats but high levels of dairy intake do not statistically increase the risk of heart attack, suggest the results of a new study that hypothesizes that other nutrients in dairy products are protective against heart disease.

“Things like milk and cheese are very complex substances,” said Brown University’s Stella Aslibekyan, the lead author of the study. “We looked at [heart attack risk and] dairy products in their entirety and then looked at separate components of those dairy products, including fats, and it turns out that the results are null. Perhaps the evidence is not there.”

Aslibekyan doesn’t suggest that the saturated fats in dairy products are harmless, rather that other dairy nutrients – such as calcium, vitamin D, potassium, magnesium and conjugated linoleic acid (CLA) – provide beneficial effects.

The study, appearing in the journal Nutrition, Metabolism and Cardiovascular Diseasesanalyzed data on 3,630 middle-aged men and women who participated in an epidemiological study between 1994 and 2004.

What Aslibekyan and co-researcher Ana Baylin found is that the dairy intake of people who had heart attacks was not statistically different than the intake of people who did not. After breaking people into quintiles, based on their dairy consumption amount, there was no significant linear relationship between consumption and heart risk, even among the most voracious dairy eaters, who consumed an average of 593 grams of dairy products a day.

When the researchers controlled for such risk factors as smoking, waist-to-hip ratio, alcohol intake, and physical activity, the lack of a statistically significant association between dairy intake and heart attack risk remained.

Baylin likened the nutritional complexity of dairy products to that of eggs, which were once a source of intense consumer concern because of their cholesterol content, but are now viewed in a more complex way because they, too, have seemingly protective nutrients. “The message is that it is important to look at the net effect of whole foods and dietary patterns and not only isolated nutrients,” Baylin conlcuded.

Two legs good, four legs bad – for beating the crap out of each other
Clone Problems Identified